I haven’t written a blog in over two full weeks? Wow.

Training has been fantastic. My cardio is going up, game planning is going well, no serious injuries, I got a few sponsors for my fight! 😀 Thanks Dragon Do, Remove it Restoration, Top Notch Fighter, The Void, Aardvark painting, and Lemon Badger for supporting me again! 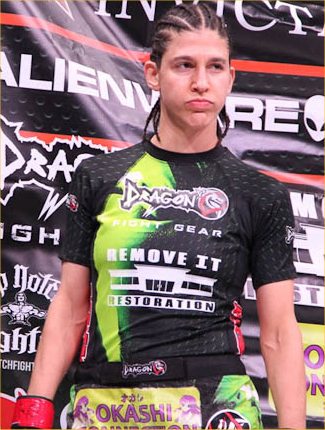 I still have room for more on my clothes, so if anybody has any leads or wants more info, email me at basilisk875@yahoo.com

Hannah won her fight August 15th, last weekend! It was a big deal for me….Hannah is one of my best friends. I helped her cut train and weight and get ready. She cut a LOT of weight and I was the tyrant who ordered her in and out of the hot tub. 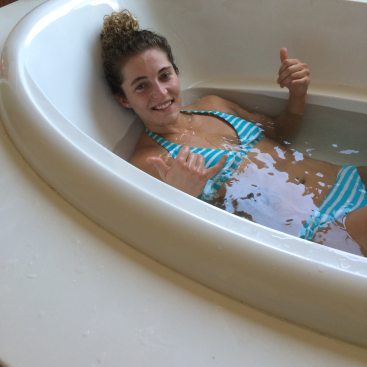 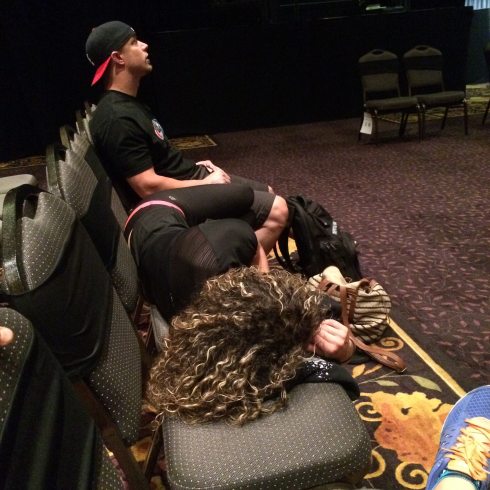 Then her opponent missed weight by 7 pounds and said she had a fever…. I was so torn and upset. . Was she sick before or is she lying? I never want to think people are lying. And the opponent is friends with my other friends, so everyone is upset. 🙁 Hannah sucked it up, stayed positive, fought, and had an outstanding performance. 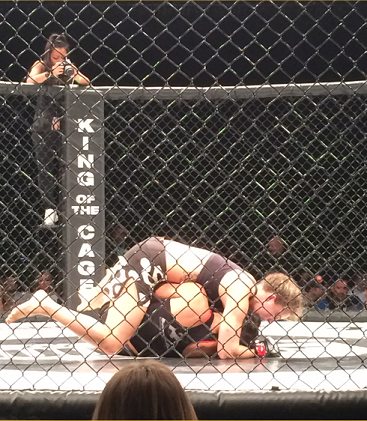 That’s the most important thing. She did all the stuff we practiced in practice and also won by arm bar. 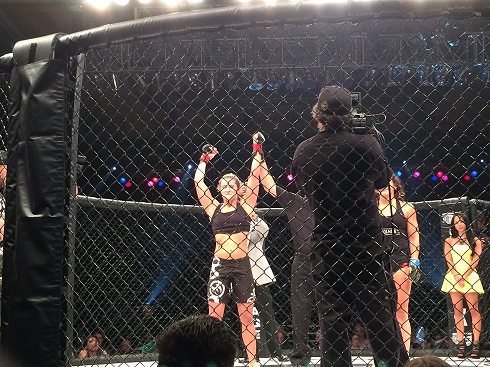 I’m so proud of her. And now I’m ready to put all that drama behind us and move on. 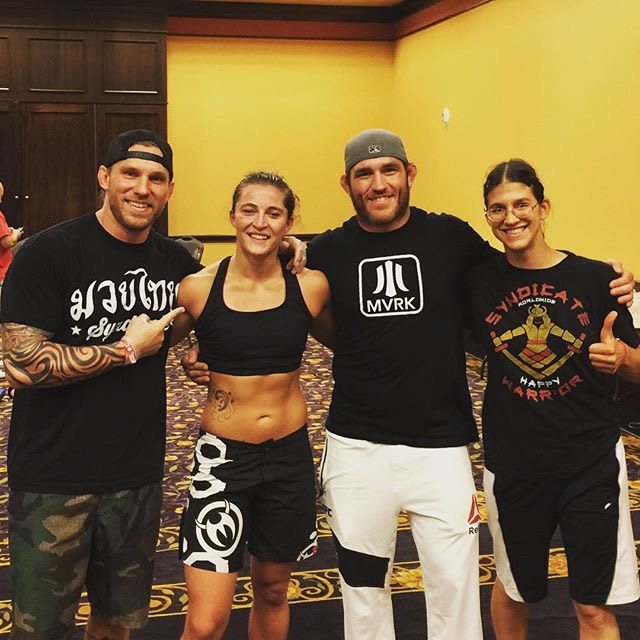 Weight cutting is so important. You want to be able to cut enough weight that you can comfortably fight in the target weight class, but not so much that you feel like crap, your kidneys shut down or worse. If you are going to cut a lot of weight, learn the sodium cut method and diet to a reasonable starting point. If I ask you “How do you cut weight?” I’m expecting to get a 5 minute description. “I just do it” means you’re doing something potentially dangerous.

In Japan, I didn’t know how to cut weight. I did it wrong my whole career. Only when I got on the Ultimate Fighter in the US did I learn the proper way. If you want to know, ASK ME: basilisk875@yahoo.com

I’m also watching the new DBZ Super and it’s great. XD I love Beerus…and Vegeta trying to kiss his @$$ so he doesn’t blow up the planet? XD It’s so out of character and hilarious. If you wanna know where to watch it, email me.

Training this week has been awesome. Monday I did mitts with coach John. Mike Hanks helped be the second guy who I had to take down on command and wrestle within the round to make the practice more cardio and MMA-like. Thanks! Love that training method. 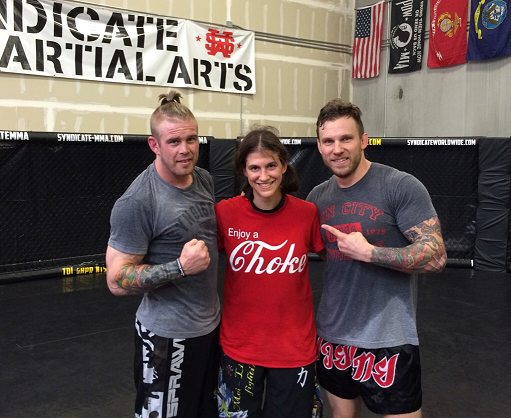 In team practice, I pulled my shoulder and two muscles in each leg and sprained my right wrist. -_- I struggled but made it through practice Tuesday very well, but Wednesday I just could barely function. John canceled my lesson last minute… but I was okay with that. ^_^; I did some of Vinny’s jiu-jitsu class, sparred Jamie for two rounds, got a little beat up, started hating myself, went home, collapsed, and canceled my kid’s lesson -_-. urg My brain was like “done.” Usually I go home and turn on anime or Arrow, but I closed my eyes and passed out. LOL The Best Chiropractor ever Jake Steckel worked on my shoulder and it feels better now! wow

Thursday (Yesterday) morning I did stairs and found my cardio is still on point. 😀 Then I sparred with the ladies. Thanks a lot to Coach John for coaching me during that. I keep feeling the need to “thank you to John” all the time, but you guys don’t understand….when I lived in Japan, NOBODY EVER coached me while I trained. Various sometimes gave me advice after we sparred, but that was it. No coaching. So somebody actually telling me what to do in practice is amazing to me. -_-

Being smaller than me has no effect on what awesome training partners both Liz and Jamie are. So super talented and tough! Liz hits like lightening, living up to her nick name “Lightening Liz” McCarthy! And I can’t get a clinch on Jamie’s neck to save my life. XD But I’m taller! LOL dang it. It’ll be so cool to fight on the same card.

Then I did drills with the team, and then had to go to some appointments. For some reason my elbow is swollen and is killing me. whyyyy But that’s okay! Maybe it’ll be better tomorrow. 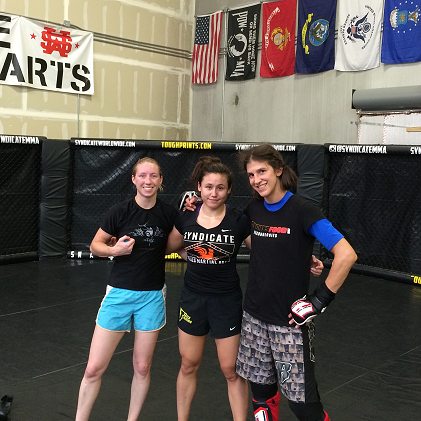 I wanna watch SummerSlam this weekend cuz Stephen Amell is on it! I hope he’s healthy. I know he injured himself somehow.

I just wanna say something nice about Herbal Papaya, the company that sponsors me. I haven’t caught a cold since I started taking their products, which are supposed to strengthen the immune system and be good for digestion. I haven’t been having a ton of digestive problems recently, either, and I have a form of IBS. I’m so happy. The products make good gifts for friends and family who are health-conscious. Check out their website! 😀 I want people to experience the products I love, and also want to support my sponsor. 😉 I especially like the teas, the Seed Powder, and the Leaf Extract.
http://www.herbalpapaya.com/ 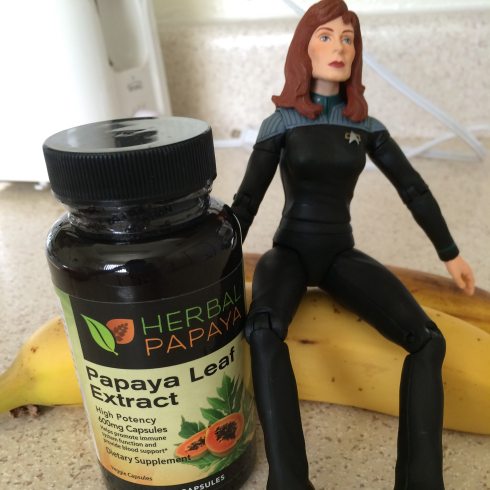