Saturday, I did the jiu-jitsu class with Fredson, Jamie helped me alot, from 10 – 11:15, and then kickboxing/ MMA sparring after that. Miesha came back! 😀 We sparred, and a lot with Heather, too, got coaching, and it was glorious. 🙂 Thanks, girl! 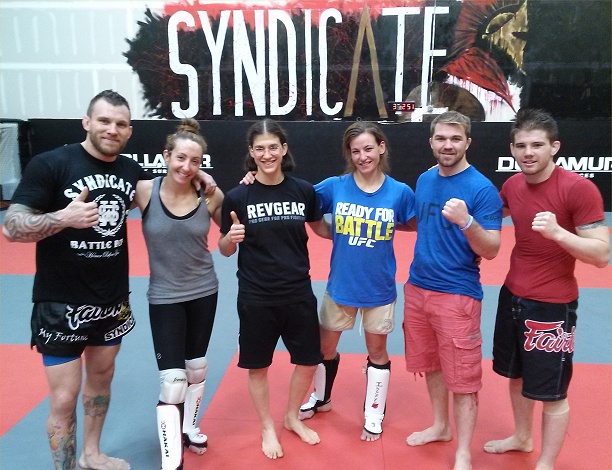 Bryan said I improved a lot since TUF, which made me happy. I had hurt something the week after I got back to Japan from TUF, so I really didn’t train much there….so that means my improvement is all Syndicate. 😀

Coach John, Heather, me, Miesha, Bryan, and who’s that guy on the end? o_O;

Miesha and Heather helped me make my newest ninja technique video… + ki blast. I should have done the kamehameha stance. :/ Oh well!
In case you haven’t seen it yet…

I took my mom around for errands in the afternoon, and then went to Amanda’s and Jason’s to watch the UFC. 😀 Thanks for having me! 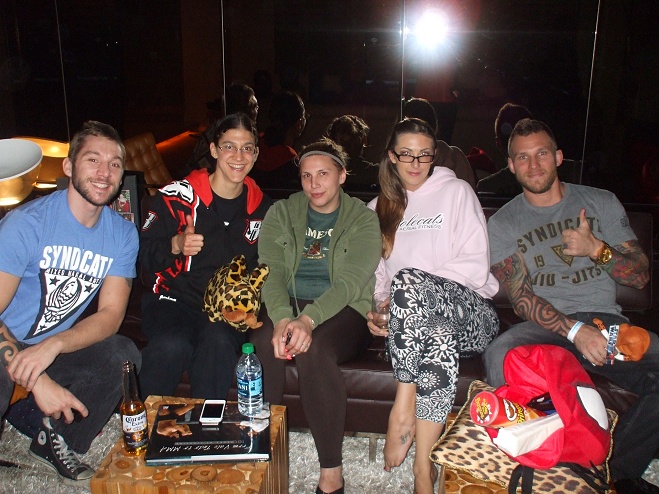 Amanda and Jason had this weird stuffed animal that looked like a rabbit with leopard-print…and a mustache. wth? XD Hahaha 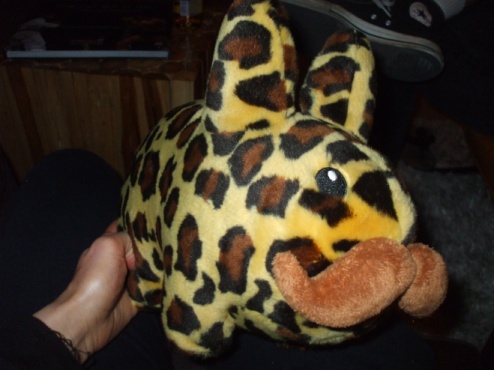 This morning, I went to Gold’s Gym and did some weights. Came home and tried to relax. It’s sooooo weird not working on Sunday. I feel like I need to be productive or do something. But my job is to rest. It’s hard! I rewatched some TUF 18, and then showed my mom. So far, mom has seen eps 1,2,3,4 (first half, she doesn’t wanna watch my fight yet….), 5, and 10. hmmph. Poor mom. lol

And mom watches me like a hawk when I cook, nitpicking everything I do. Like what size of pot to use for stuff, how much water should go in it, how big a lid I should use, how loudly I chop veggies, how high I turn the heat on (we had an actual argument about this topic), how long I leave the fridge door open while I get stuff out of it, how thoroughly I wash veggies before cooking, how long to steam stuff, not walking away while veggies are steaming, dripping in the stove drip pan…..HOLY CRAP. @____@; I’m trying to just do whatever she says to avoid arguing, but it’s starting to get to me. I don’t give a @(#*$#*)$ about these stupid little details. It’s seriously not a big deal if two millimeters of the pot bottom don’t touch the burner. 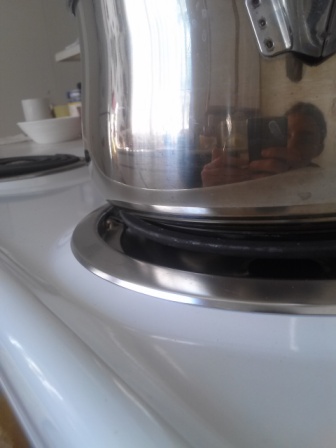 This pot is CLEARLY too small for the burner, *sarcastic voice* because it bubbles out and doesn’t actual come into physical contact with the burner. Hey, I’m open minded! Does anybody else think this pot doesn’t fit the burner? I’ll stand corrected.

So I told her, and she promised to try and stop. Yeah right, easier said than done.

But that’s the only annoying thing. Otherwise, we get along really well, and I love going on outings. We crack each other up with super corny jokes, and sing songs together. 🙂

People ask me if I’ve ever done drugs, and I show them this picture…. 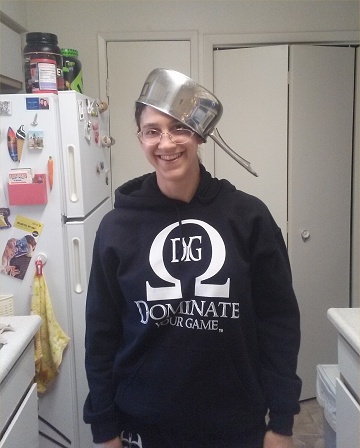 hahahaha I had mom laughing pretty hard with this one! XD…