I think that as a fighter, I’ve been declining ever since I reached my peak when I fought in Bellator. That was in 2010.

Since then, I’ve been struggling with myself. My reaction time, between my brain and body, is one beat off. It’s less than 1%, but I feel it, and because of that, it messes up my flow.

I’ve been doing everything I can in training to get rid of that and get my perfect flow back.

If I keep going this way, with this slightly “off” balance, my struggles will never disappear. 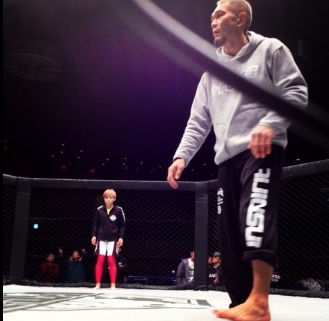 A fighter must practice hard, almost with desperation, every day. If they can’t or won’t train like that, nothing will become of them. They can’t even stand at the start-line. I don’t want to make the excuses of age and injuries. However, there are some things I can’t cover up and forget no matter how much I try.

I always answer my own question.

My body won’t move…rather, it can’t move as much as I think. I wonder if it’s a problem of heart. But I believe it’s not that, because I’ve over come that already. 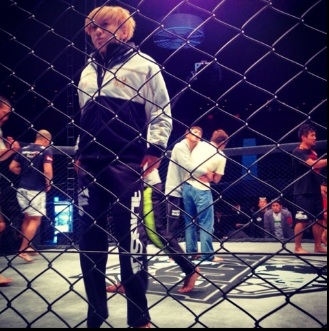 I have the feeling that I’ve reached the limit of how much I can use my heart to spur my body into action.
But some fighters I respect have said that if I’m still worrying about this, it means it’s not the end of the line yet.

However, I can’t help but worry about my reaction time slowing down.
In the past, sometimes it seemed like my opponents’ movements were slow. Lately, that hasn’t been the case.

I worried about writing this, but I want everyone to know the real me, so I decided to write.

I want to be an explosive fighter.

There are times I think I want to go back. I want to freeze time in one moment.

Well, even today I still love what it means to be human, in our imperfection, sometimes unrefined.

Even against weaknesses, I face it without averting my eyes.
It’s just that the struggles never disappear. 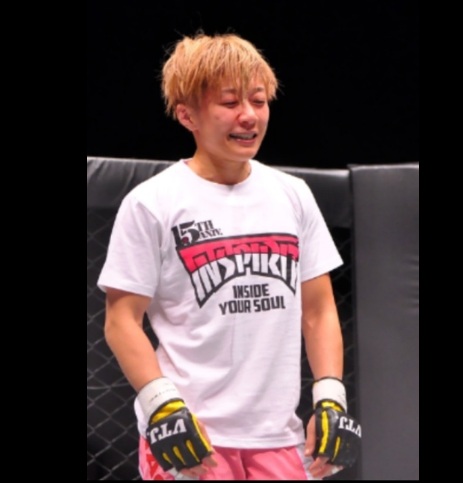 As a fighter, can I fight properly? As a pro, can I shine? Right now, “Megumi Fuii” is at this borderline point, I think.