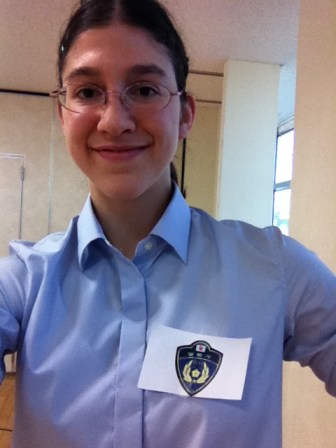 LOL She is only 7 years old. <3 For some reason this chant popped into my head, so I googled it and HOLY nineteen sixties! It's actually a real song! (I danced. XD But nobody has to know! You won't tell, right?)