I’m getting into the anime Kodomo no Omocha again. 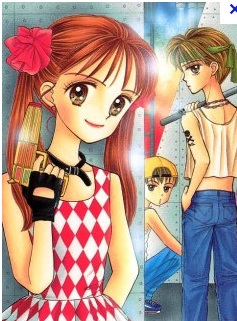 So I woke up at 4:00 AM yesterday, which is blah, but I watched an ep before work, so that was nice.

Let’s just say I did not have an easy day at work. ;_;
Then I hear about two of my friends training together and I’m all jealoussssssss…. 😀 So I go to Groundslam after work, expecting neither of them to be there, and Brittany actually came back!! 😀 😀 <3 <3 BJ-san taught class and had us do lots of jab drills. It was REALLY REALLY good for me. XD BJ-san is such a good teacher! Introducing a basic movement, having everyone master that, then building on that one step at a time. I kind of punched my shoulder out, so I was worried about it, but I woke up this morning and it seems to be okay. And I had lots of fun training with Brittany! I think this is the first time we've taken a night class together, because our work schedules don't match, and I've been hurt a lot recently. 😀 😀 😀 I have to say....it's good to have friends. XD I really got cheered up being around her. And actually, doing live translation for her about BJ-san's teaching actually helped ME understand the moves better. (they say that you have to understand it to explain something). We did some wrestling stuff after the striking. SO GREAT!!! <333333333333333333333 (my ice cream heart!) Training was like, double the fun. Double mint, double mint gum! XD Thanks, Brittany! We are gimpy!! XD Here's us after practice, icing! 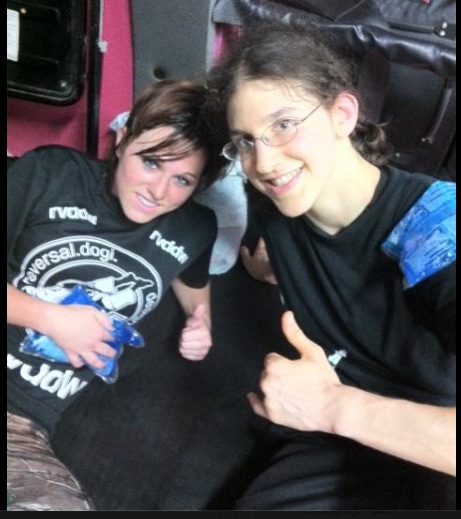 YOU’RE SUPPOSED TO REPEAT, silly XD LOL I forgot that in a normal world outside of school, people don’t just automatically repeat what you say. XD hahaha Here I am trying to be teacherly. BJ-san did the same thing when I tried to teach him “Blood choke/air choke/neck crank.” He just looked at me and said, “What are you asking me?” LOL…