On my birthday, I played with Jessica Rakoczy & son in the park

Jessica Rakoczy (pronounced “ra-KO-zee”) is a very special lady. We fought each other during our time in the TUF house, but before and after, we knew we’d be homies forever. She lives in Las Vegas! So after both of our training sessions this morning, we met up and hung out! First, we had to pick up some food, so we went to a supermarket. Her son Jesse kept wanting to buy a balloon, and she said to him, “But it’s not your birthday!” I pipped up, “No, it’s mine!” She was like “WHAAAT?” and insisted on buying both of us balloons, me lunch, and chocolate cupcakes. LOL 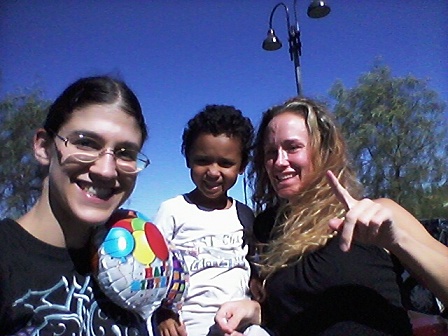 We went to the park and jungle gym to try to chat, but Jesse kept begging for attention instead of playing. “He’s quite a handful,” she said. “All the time, he’s like this. I take him everywhere with me.” 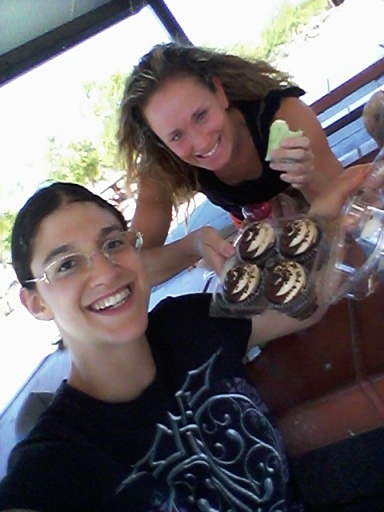 btw do you like my Tussle shirt? support me by buying it here! 😀
Tussle Fight Gear website

Man, how does she train? It seem so exhausting! She’s a single mother. Her son is four. Just watching them, I can see that she is a really good mother. I already respected her, but it went to a whole new level seeing her run around playing with her son in the park, already exhausted from a tough work-out with her coach earlier in the day. She never gets a break. She’s remarkable. 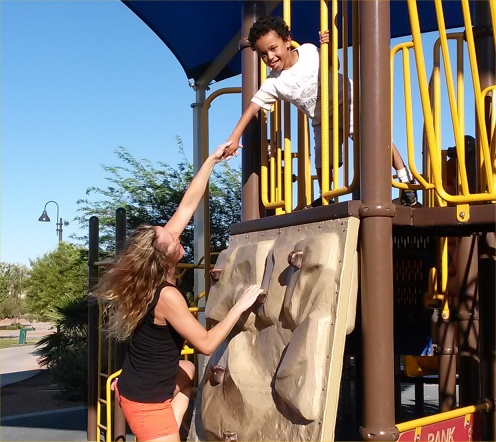 I really enjoyed our time together. We talked about the episode we’re both in (because we get sneak peeks so we’ve seen it already) and about life in general. 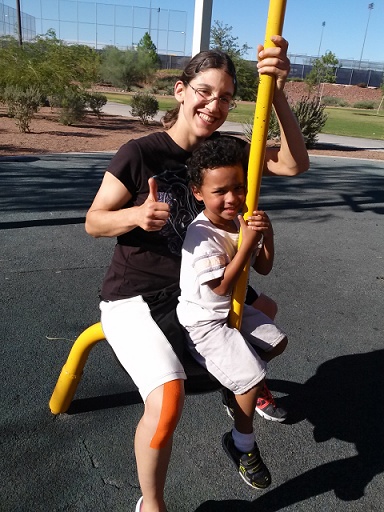 I had so much fun. I was SO tired. Dude, I got tired before her kid! We decided to call it a day, and Jesse started pouting. hahaha This is why I’m not gonna have a kid while I’m still a fighter.

Oh yeah, it’s my 31st birthday! 😀 I don’t care about the number…I just don’t want my body to start failing me so I can’t do MMA anymore. A fighter’s time is limited, right? But thanks to sports Chiropractor supreme Jacob Steckel, my back is feeling awesome. I sparred the whole time and it didn’t hurt a bit! Another body part was hurting for a few days, but once practice started, I didn’t even feel it, so I just went on it. I dunno about wrestling tomorrow…but today was awesome. I noticed some things about my balance, I landed a sweet move! And I threw some stuff that didn’t land, but I think at least my form was correct. I’m so motivated right now.

I just keep repeating to myself… The harder something is, the more you grow. The more something hurts now, the stronger you’ll get later. In some way or another. Excluding injury obviously.

But I managed to finish class and do that one last round with Ricky, which I wasn’t gonna do. Then Heather told me not to do it. So I had to do it. Hahahaha

And then everyone in the class punched me twice in the stomach for my birthday. 😀
And Heather and her boyfriend gave me cute little panda bags! I feel so loved! I’m so lucky to have found a great team and made great friends here in Vegas!