about my nice Monday, illustrated by anime pics

Today’s practice was great, other than the fact our fearless leader coach John Wood was sick. :/ I love Mike Pyle’s classes too, though. btw congrats to Mike for getting promoted to a black belt in Brazilian Jiu-jitsu today! Long overdue! Just because he does more no-gi. But the man is a ninja and often takes time to give me coaching on the side, or roll with me even though I couldn’t possible challenge him.

I have a bad memory, but he and John are good at repeating themselves just enough and explaining how things work and why. It burns itself into my memory. Most of the time.
Congrats, Mike!

I worked with Christine before class on grappling stuff. In class, we worked on stuff from the guard, like elbows and posture and other super secret ninja stuff that I shan’t reveal. (I didn’t know ‘shan’t has an apostrophe until just now when my spell checker corrected it.) #grammarnazi

Anyway we did tons of technique and drilling from there. Then live sparring stuff. Jamie and I put on elbow pads so we could actually elbow each other. I hope everybody in the gym gets them, too. 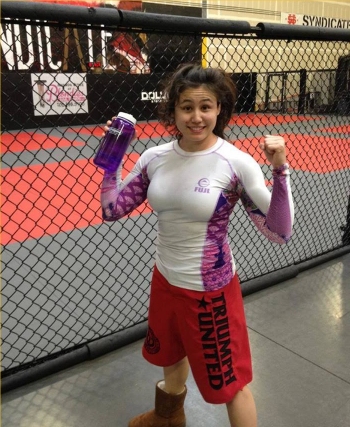 We both fight in Invicta and elbows are very much allowed. I actually cary around extra sets of elbow pads so I can give them to my teammates. I learned my lesson from Sarah Moras on TUF18 smashing me by accident during training.
Also other teammates have fights coming up, too.

Coach Pyle had to leave early and coach Jason took over and taught us the CLAW and use the BOOT…..and I had no idea what that meant until I spoke up and asked. Wrestling terms? I am not shy about seeming dumb when I am confused. lol When I moved from Japan to the US I didn’t know half the MMA terminology in English! I could say it in Japanese, though. hah. Apparently they are wrestling terms. 😀 So I learned a new move and we drilled and did live-goes with them for a while.

SOMEBODY FIX THE DAMN CLOCK. I knew we went overtime because I started feeling weak and STARVING (I eat breakfast at 5 AM and half a banana at 10:30). All I could think about was the BBQ chicken and veggies I brought for lunch….

And my back started aching from all that lifting….just when I thought my body would shut down, we stopped class. ;_; It was like, I want morrrrrrre MMA …but I wanted my chicken and Questbar first. 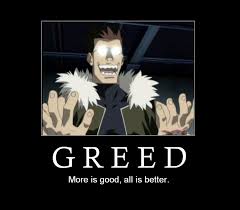 So much awesomeness, so little time…..

This is like the second time Jason showed a painful spine twisty thingie and I turned it into a choke. I like chokes better. I find them places.

Went home, watched some Dragonheart and took a nap, only to be woken up by Mom coming home.

Then I went back to see if I could help out in the big kids class. So Fredson left, leaving Rick in charge. I love Rick. 🙂 I took the beginner kids aside and taught them side control, escaping it, mount, escaping it, and then had them spar that. Thank goodness he let me do that. I feel bad when everybody has to do the same thing but they’re all on different levels. 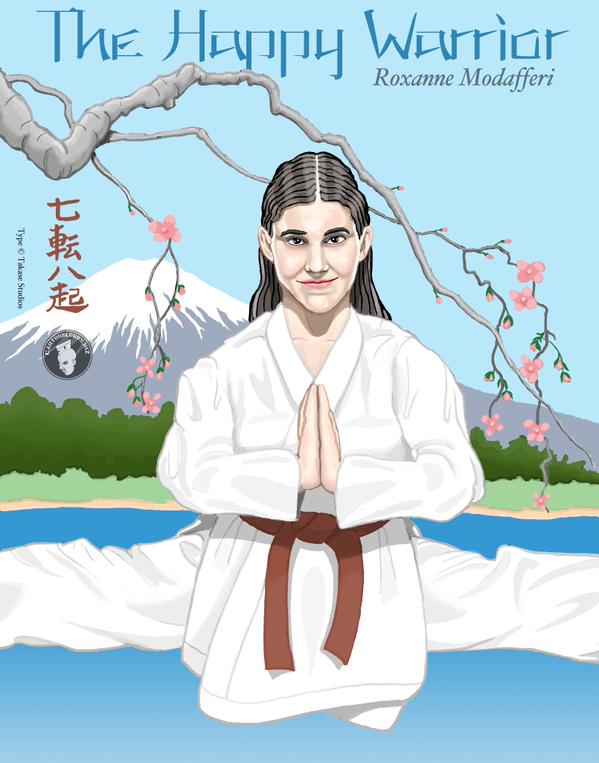