I left Vegas and arrived in Kansas City on Tuesday afternoon. Another Vegas resident, fighter Raquel Pa’aluhi was on the same plane, so we got to chat a bit.

In the evening, I went grocery shopping with my TUF 18 buddy Peggy Morgan and her friends. We also stopped by sight-seeing spot Union Station. I wore my Naruto Ninja headband. 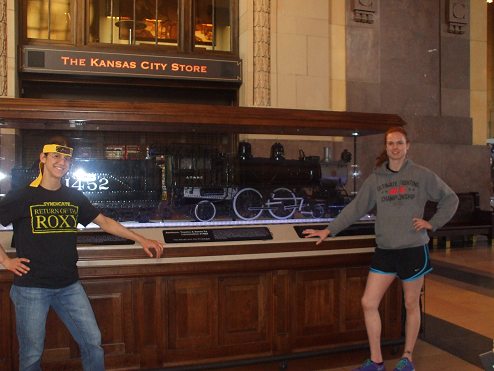 On Wednesday, I was still by myself because coach John would arrive later. To pass the time, I worked out at the gym on the horrible squeaking eliptical machine and then went to Sea Land, an aquarium! 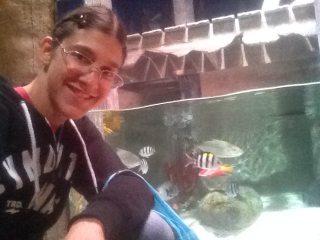 I learned lots about sea horses and I touched a Pencil sea Urchin! 😀 I also saw a guitar shark. I LOVE SHARKS, and guitar sharks are SO FREAKING COOL LOOKING!! 😀 😀 😀 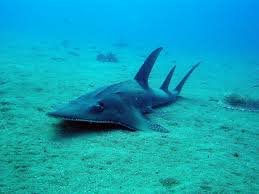 WEIGHTCUTTING:
I had been managing my weight and food quite well. This is important and takes experience and guidance. Since the previous Saturday, I had been waterloading. That means drink over a gallon and a half of water a day. Basically, if you don’t feel sick, drink water. If you’re not peeing every 30 minutes, you’re not drinking enough. Also reduce salt since Sunday, and cut all salt by Monday. That means no salad dressing, no deli meat, watch contents of protein bars and other packaged foods. Then Wednesday night was the night before weigh-ins, I skipped dinner and stopped drinking around 3:30-4. Just a sip once when my mouth was like a sock, but my body was so conditioned to peeing, that I just kept peeing all evening and night and woke up light in the morning. So on Wednesday morning I was 136ish pounds fully hydrated. Wednesday night I was 133 so I put on a sauna suit and jumped rope and did elliptical until I put 131-ish. Went to sleep. Floated a pound and woke up at 129.5 lbs. Ate a handful of nuts and one orange slice and slept in and read until 12, when I hopped in the salt bath. Sit and sweat for 25 minutes, out for 10minutes. weighted myself – I was 128 lbs. Get back in for another 30-ish minutes, out for ten. 127 lbs.

John helped me in and out (I have bra and shorts on, obviously) so I don’t slip and fall and injure myself like that dude in the UFC who had to cancel his fight? Plus, you are really dizzy and lightheaded during the process. #lobster
But some say it’s easier than sauna because your head isn’t cooking… 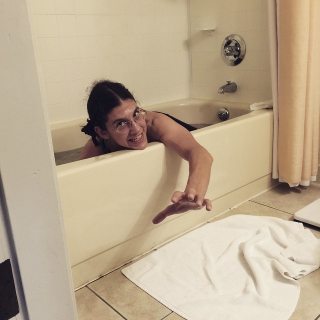 I went down to weigh-ins and saw Amanda Bell jogging around trying to sweat out a pound. Ug, I used to do that. Exhausted and dehydrated, exercising? No thanks. But then again, she had dinner the previous night. Hey, she made it.

So my opponent didn’t make weight. Wtf
I know she weighed more than me because I snooped and saw her various weights. What was she doing all day on Thursday that she came in at 4 PM 3 pounds over weight? 🙁 Please. It’s hard for me to be mad at her because every time she saw me she smiled and waved. -_-;; I get some of her purse, but still. We have two main jobs – make weight, fight, and for bonus points, be extra entertaining to the fans, like social media interactions and interesting weigh-ins etc. which I don’t even think of as a job. I love fans. I did all of my jobs.

It’s near the end of the series where Naruto powers up with Nine-tail’s chakara – his most powerful form! I think I looked fantastic. John, who doesn’t know the series, said I looked like some Bruce Lee in a yellow jump suit. lol 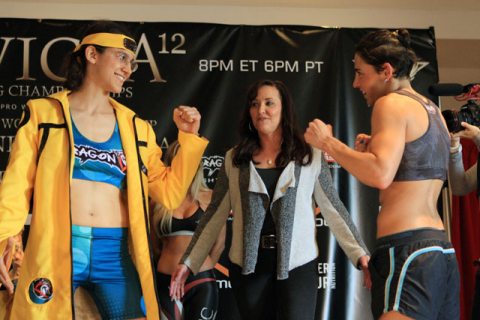 Food was good. We went to Bar Loui’s, and I got what I got last time – a pulled pork sandwich. 😀

Fight day, we hit mitts a bit to warm up, and then hung around all day waiting for 5:30 PM when we had to go over there. I always get a nervous stomach. It sucks so much. ~_~;;; 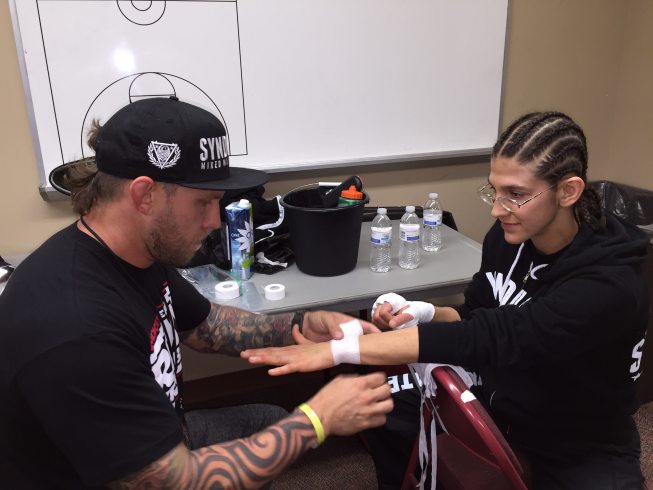 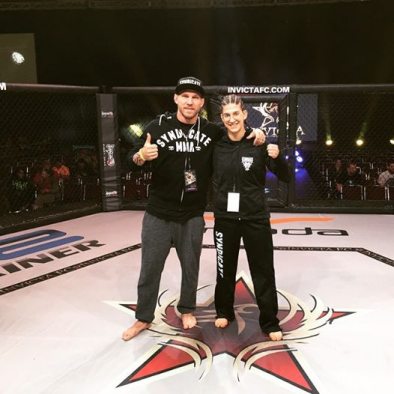 I loved my locker room … Peggy, Amanda, Katja, Ediane – I know them and feel comfortable with them. WE ALL FREAKING LOST. wth ;_; Like, bad luck locker room.

I fought really hard. I thought it was really close. I didn’t think I got overwhelmed. In the first round, I think it was close but I might have eeked it out. The second round, she took me down and got on top in guard. She did zero damage from there and I worked for submissions, but you know, nowadays when you’re on the bottom, you’re losing in the eyes of the judges. She also rocked me once pretty hard striking, but I didn’t go down. I figured I lost the second round. In the third round, I wasn’t sure who won it. I think I controlled the pace and pressure and landed a lot, but she also landed more leg kicks and took me down once or twice?

When the fight ended, I didn’t feel like I’d lost, but I guessed the judges might give it to her by split or majority decision. I was surprised to lose unanimously. Geez…

I made some tactical errors. I should have tried to stand up from guard because it kind of wasted my time. But who knows?! I might have pulled off a submission! and I was able to rest a bit on the bottom. If I had opened my guard and tried to kick her away, she might have passed my guard. I shouldn’t have done a spinning back kick without setting it up – John always scolds me to set it up first.

I think John blames himself for some things, but no no no , I won’t have that. I will never blame my coach for something like that. *I* am the one in there making the final decision. They can yell all they want, but the fighter has to do it or not do it. I get mad when fighters blame their coaches. 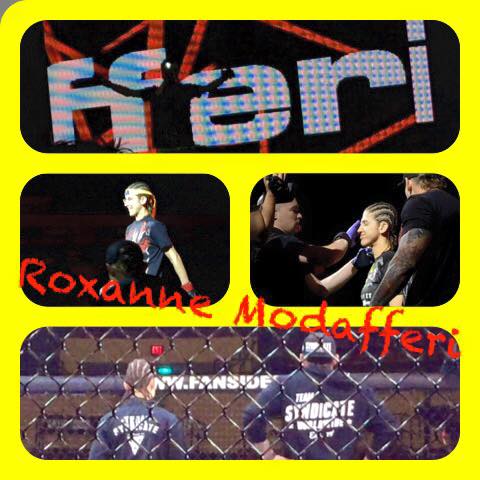 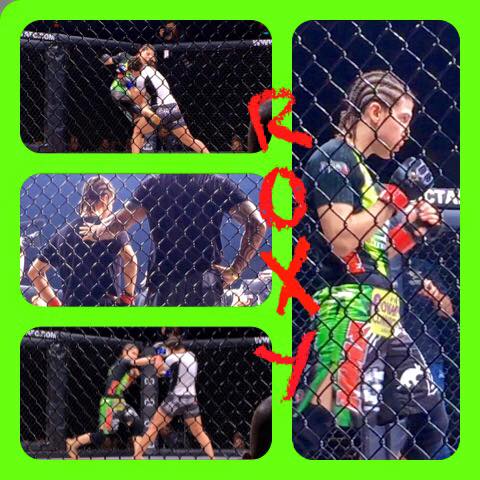 The only reason I would have to blame my coach is if, weeks ago, I said, “hey, could you teach me and practice with me?” and he either says “no” or ” yes” but then never makes time. Or he doesn’t come to my fight when he could have easily. John always made time for me, flew to Kansas to corner me when he could have stayed home and cornered other team mates, gave me emotional support…. He’s the best.

I felt so awesome in there…my head was clear and I really felt like my ability improved since the last time! What a cool, satisfying feeling! Dude, I was checking leg kicks, and when I fought Andrea Lee in December, I didn’t know HOW to check kicks. I mean, I “knew” but had no reaction ability. Thanks to my training and Team Syndicate and John.

Vanessa fought really well and hard, and so did I. I accept this loss but I know that I have it within myself to beat her. I just couldn’t last Friday. And I’m sorry. But the support of the fans has been overwhelming and welcome. I’m so glad that my fans don’t turn on me when I lose. Thank you.

Here are some pics I took from Combatpress.com 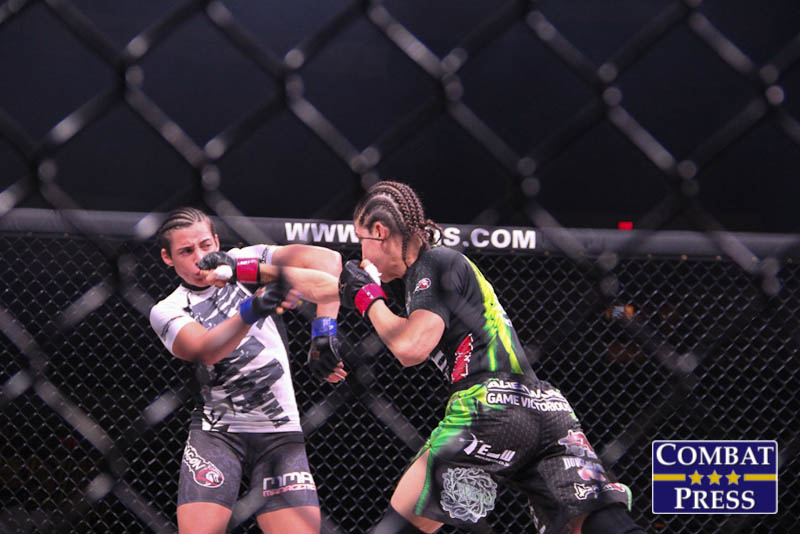 I hit her in the face a bunch, but my face is way more f*cked up than hers. That makes me angry. 🙁 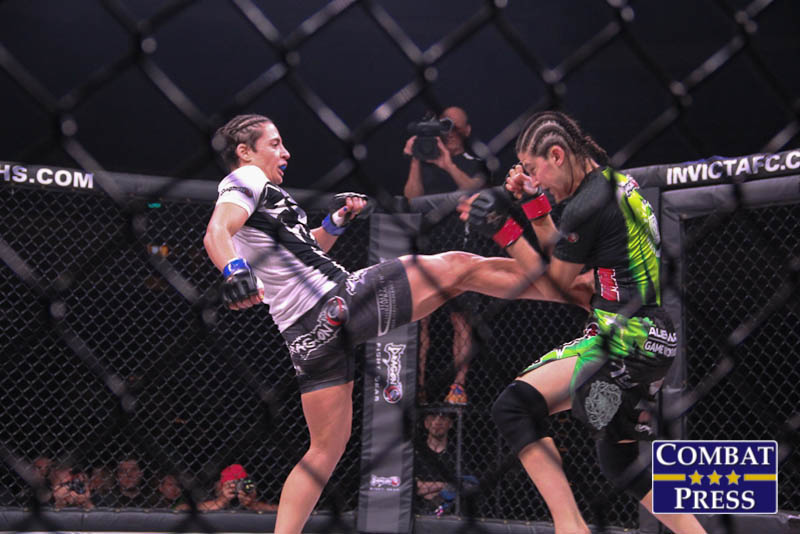 -_-; *sigh* I dieted down from my comfortable walk-around weight so I could make weight… I wonder if she did? Whatever. It’s hard to be mad because she was pretty nice to me whenever I ran into her. lol But I’ve never been embarrassed to go outside because of black eyes before. And in the past, my mom didn’t live with me so never had to look at me all banged up. I hate this. I don’t want my mom to look at me and I can tell she’s upset, so I’ve been hiding in my room. Whenever I look in the mirror, I get angry. I’m not sure where my Tussle shirt is “I’m not abused, I’m an MMA fighter.” so I’m wearing my Fightchix shirt that says “Fighter.” lol

With my fight money, I wanted to visit my dad in Boston, buy a massage chair, and buy a new iphone because mine sucks. :/ I’ll have to nix the last two and just go for the more immediate need of iPhone. *sigh* I got some nice sponsorship (mainly from fans) this time! Thanks, guys! You help me pay the bills! I want to fight on the July card but I don’t know if there’s space. 🙁 I might have to wait until fall?

Please petition Invicta to let me fight in July in Vegas! haha

Once my ankle, knee, and face stop swelling, I can’t wait to get back to practice.

Oh, thanks to my friend and former training partner Steve and his bro and student for driving a ways to see me fight! 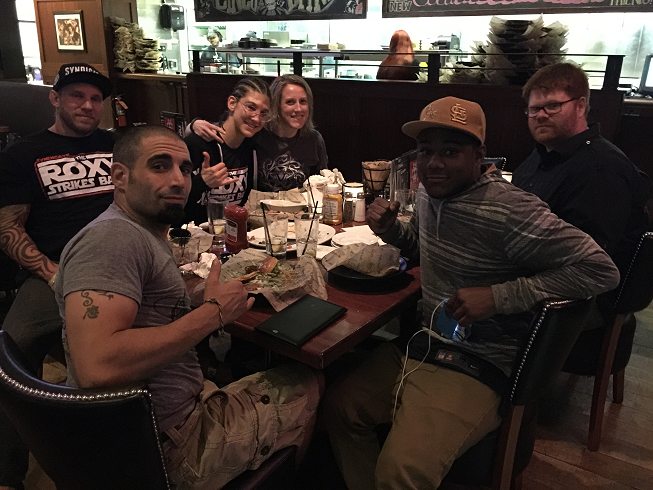 And my fan/friend/sponsor Katie also came from quite a distance!

So my motto is “Smile anyway” and “Smile and carry on.”
Even if you are not happy, smile to acknowledge the positive things. The very least of which is: You are alive. Therefore, you have the chance to improve and grow. 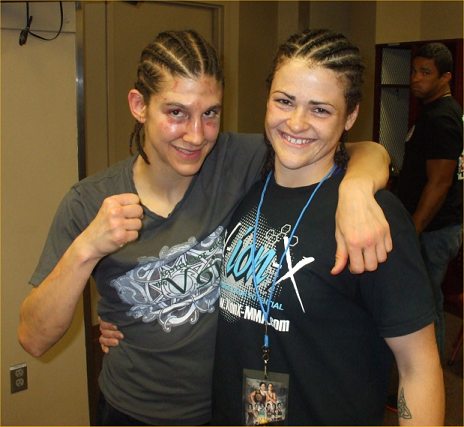 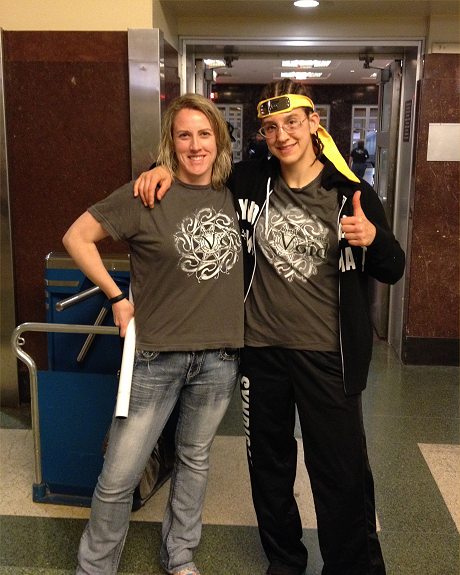 My sponsor: “The Void” is a Facebook group that was made to motivate and encourage people. https://www.facebook.com/thevoid.lifestyle Pls check it out, guys, and “like it” if you want.…