I had a fantastic time for many reasons.

I flew to Kansas City on the same flight as teammates “Lightning” Liz McCarthy and John Heath, and later Jamie Moyle came. On Thursday, coach John arrived and we had media day. I dressed up like Kitana from Mortal Kombat, and got John to dress up as SubZero. We both rocked our costumes and it was just as cool as I had hoped. 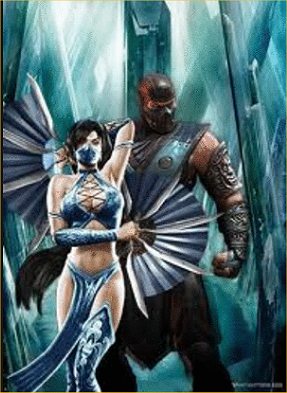 Images taken by Scott Hirano and the other photo team members Cynthia Vance and Casey Leydon. 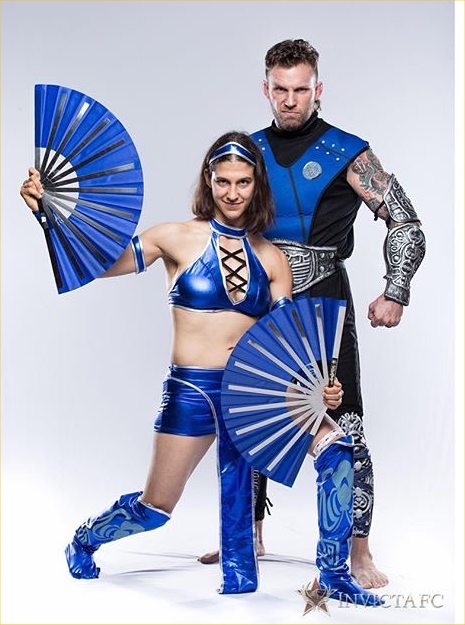 I went in for my video interview, and then interviewer said to me, “So you’re fighting a Judo specialist. What do you think?” I was like, “huh?”

So when I was researching her, I could barely find ANYTHING at all on my opponent Mariana Morais. I know she’s from Brazil and doesn’t speak English, but I even shouted out to my Brazilian friends and tried to google in Portuguese but couldn’t find much. I found vidoes of her latest fights and watches those and I think we got a pretty good idea of her fighting style. There was nothing there that indicated Judo. Soo…..okay.

My friend Serena flew in from Philly and Rob, from Washington State! 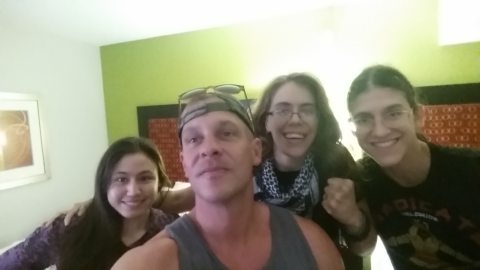 In the evening, I hit mitts and felt amazing. Nothing hurt. I think it’s the first time in YEARS no body part hurt! Thank you so much to my chiropractor Dr. Jake Steckel and new trainer Luke Rooney for teaching me rehabilitation and strengthening exercises, and treating me. I’ve never felt so good! 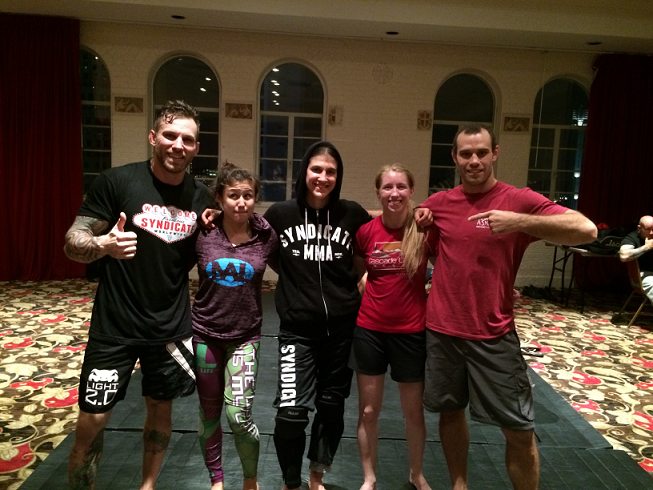 The weight cut went alright. I feel like I suffered a little more than usual. I thought it was because I ate a little more for lunch and breakfast the day before, but now I think it’s because I put on more muscle since my last fight. That’s good! I had been trying to bulk up a little more.

Waiting around to do medical checks, Andrea gave me a gift! A Yoda box! I LOVE IT! 😀 😀 So touched she gave it to me and I love Yoda so yeah. I carried it with me on my lap for like an hour. lol 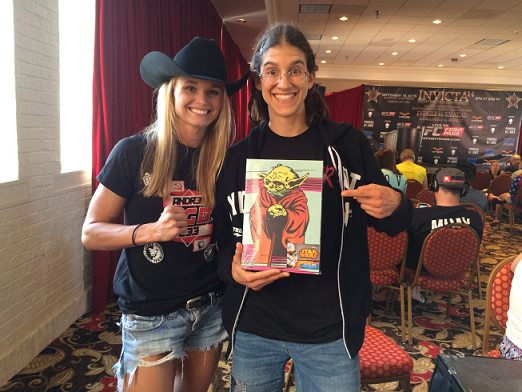 The weigh-ins themselves were amazing! 😀 😀 😀 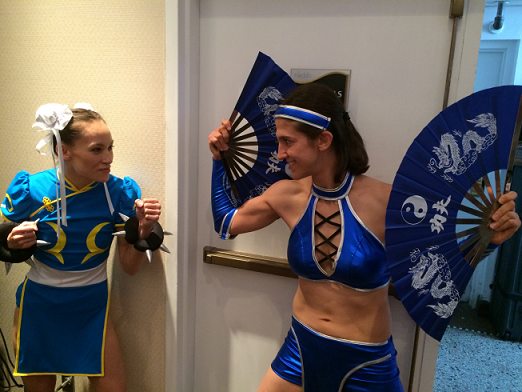 I kept dropping my fans in practice because I felt weak from the weight cut, so I was a little worried, but I didn’t! 😀 When they called me, SubZero-John walked out first to set the stage, and then I did. 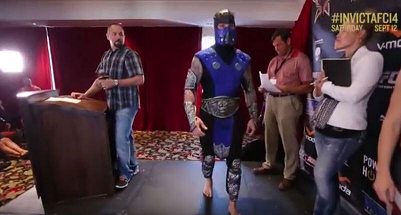 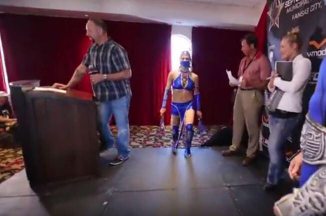 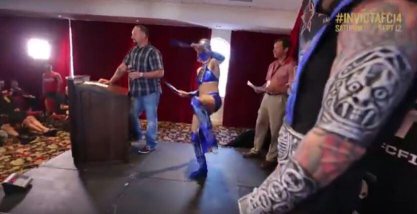 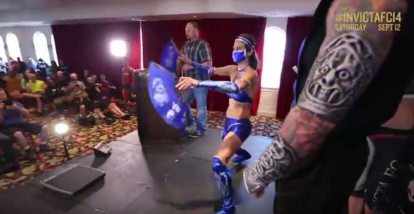 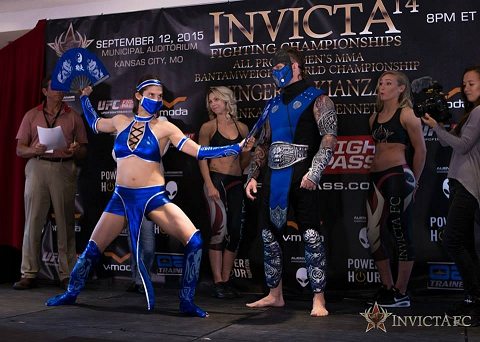 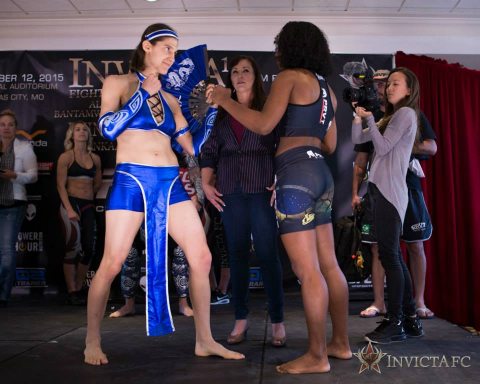 After weigh-ins I had to run to my room to get something, but I had to be back for the rules meeting, so I blew by everybody trying to talk to me…and promptly collided with someone in a Scorpion costume?!? With big bushy hair that looked suspiciously like Serena’s?! And then somebody in a blue Mortal-Kombat-esque costume I didn’t recognize, and then shirtless Rob with “Johnny” written in marker across his chest…..and then I realized ALL MY FRIENDS ARRIVED AND DRESSED UP LIKE MORTAL COMBAT CHARACTERS.

omg. Love and warmth exploded and flowed over me and through my heart like sweet lava. They not only spent money to fly in just to see me fight from all over the country, but they spend weeks in preparation to MAKE costumes to support me??! WOW!!

When I got back, we all got pictures.

Candy couldn’t make weigh-ins but she prepared a Raiden costume! 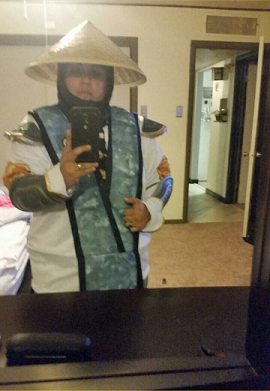 What amazing friends I have.

We hung out at dinner together.
Fight day was fight day. I hung out by myself a bit, with Jamie a bit, met Candy and Luz who flew in that day, went out for food with our cornermen John and Tom. Tried not to get a nervous stomach.

The fight did not go as I had expected. In previous videos, Mariana rushed at her opponent and was very aggressive forward and threw a lot of strikes. And a lot of kicks in a row. So I was planning to stay just out of range of kicks, or step in and then pull back to draw out her kicks. That worked, actually, and 90% of her kicks missed me. One caught me in the head but my hand was there so it didn’t feel too bad, and I ate a couple of leg kicks. 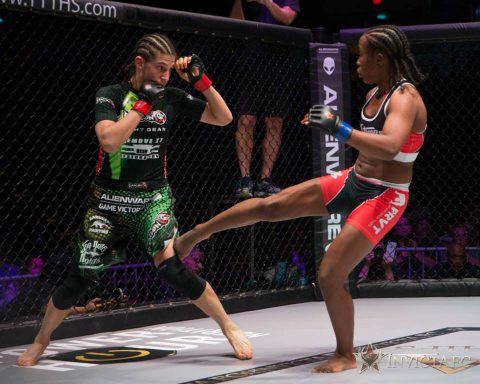 I was waiting for her to rush me but she never did, so I ended up pushing it. When she got me in an upperbody lock, I thought she was doing to do some Judo throw, but I defended it and went for a throw of my own, thinking, there’s no way she’ll let me Judo throw her….oops I did.

Julie said as she commentated, “It looks like Roxanne is muscling Mariana around! We’re not used to seeing her be stronger than an opponent!” HAHAHAHA That could almost be a diss except it’s totally true. That cracked me and John up.

Two of Mariana’s hooks made me see stars, but I circled and recovered.
I got mount and all sorts of top positions and tried to finish the fight with punches and elbows, but it seemed like every time I was getting a good flurry going, she’d tie up a hand and pause the action and Big John McCarthy wouldn’t stop it. I was punching as hard as I could, but I couldn’t finish the fight! ~_~

My right elbow is swollen from smashing it into her skull. I was thinking, “How much do I have to hit this poor girl before the fight is stopped?” I was hitting her just not “hard” enough to make it seem dangerous? wtf *sigh* I tried to cut her with a slicing elbow. She was deflecting a lot.

(edit: I think now it’s because she kept fighting back and never for a second gave up. She never turned away and stopped defending, so that’s why the ref let it go. She’s so tough! I respect that.)

So I hate that….I’ve always disliked elbows. I’d rather get a submission. I don’t want to do things that cause pain to my opponent if I don’t have to . I want to make them give up. That’s just my belief, personality, and style as a martial artist. But in my last fight against Porto, her punches made my face swell up SO much that I didn’t want my mom to see my busted up face. I live with my mom and I knew she would feel pain looking at me. It made me angry to look in the mirror. Angry that my mom had to be hurt because she loves me and I couldn’t do enough in the fight. So I made a decision….something hardened inside my chest that I was going to elbow the sh*t out of my next opponent.

Well, I had that opportunity. When she turned over and gave me her back, old Roxy might have worked for a submission, but I just kept hitting her.
And I thought maybe if *i* started yelling, the ref would stop the fight. Yelling makes you stronger, though! In most anime, anyway… 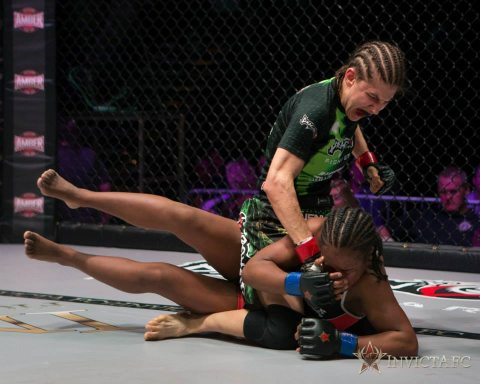 Finally in round 3 he stopped it and gave me the TKO victory. 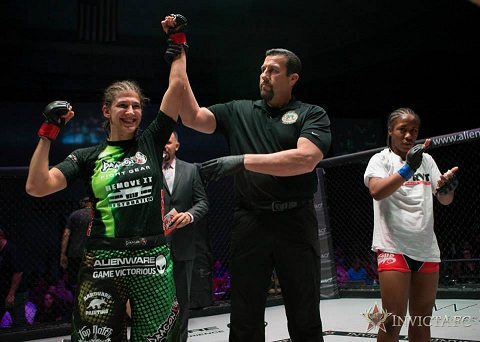 I’ve never won that was before and it was nice, but I wished I didn’t have to do that for so long. 🙁 I want a clean KO! or sub. But I’m glad that I was able to show that I can be a dominant fighter. I worked elbows A LOT in practice, also from guard. So I’m really happy that I got to try what I practiced. Also in moving to avoid kicks, and guard work…..I did a lot of what I practiced. That’s why I fight! I’m very pleased with my victory. No mercy. In the fight business, we step on other people’s dreams to reach our own. 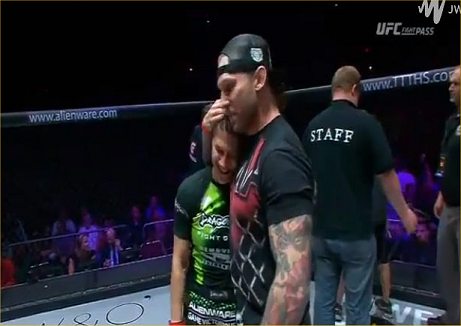 Thanks to Coach John Wood and team Syndicate supporting me and nurturing me, I’ve turned my career around. 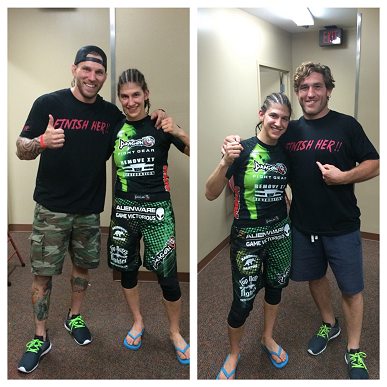 My after party was FIFTEEN people! Friends came from all over the US to support me! I love you guys so much!! 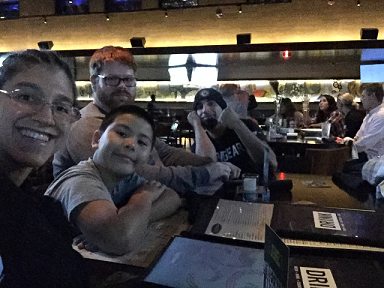 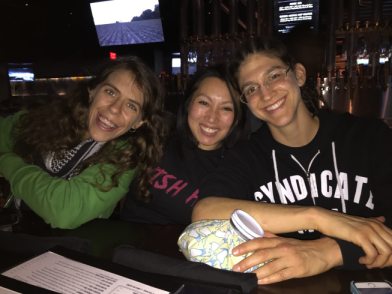 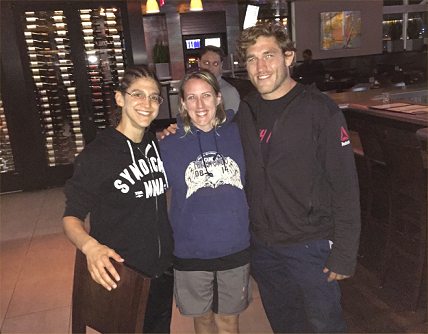 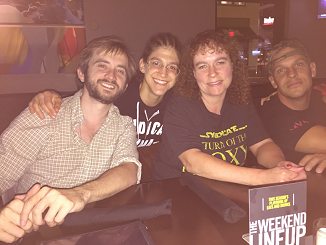 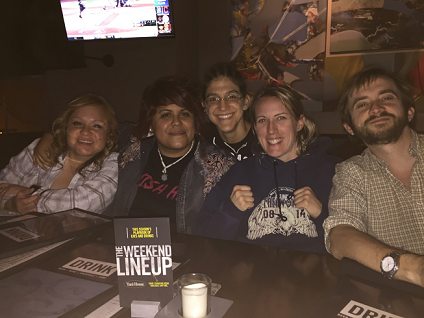 I’m sad my teammates Jamie and Liz lost decisions, but they fought wars and will only get stronger! I can’t wait to train together again soon!
Jamie got fight of the night! 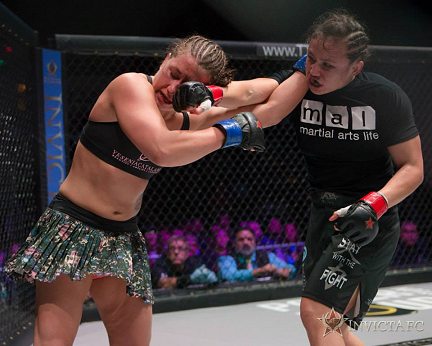