Two-week Insanity of Moving and Fights

These past two weeks have been crazy, just like I predicted. First of all, my car’s axl broke at a stop sign Sunday the 17th, so I had a stressful day of getting it towed and repaired. If I want to look on the bright side, I can say that it broke down in a great place – just next to a parking lot outside Walmart. Well, I sat at the wheel waving my arms and shouting to alert people while mom pushed it trough the intersection into a dirt field, where we safely waited for the tow truck. Then a good repair place was open on Sunday, so I sat there for 3 hours and they repaired it for only $350 (including work hours).

I had caught a cold a few days before so I’ve been drowning in my own mucus. I trained Monday and Tuesday but decided that on Wednesday morning, I was coughing so I’d stay away from people. I stopped coughing and actually felt better by evening so !!!!!

Wednesday the 20th The Ultimate Fighter season 23 debuted with it’s one-hour special of fights to get in the house, in which my three training partners Jamie, Khalil, and Cory, all successfully made it in! 😀 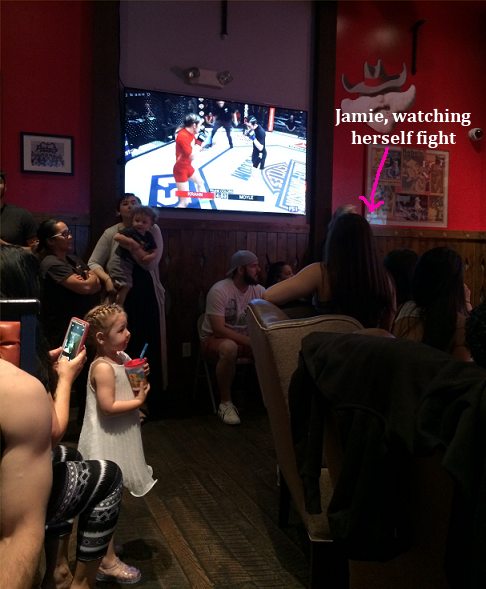 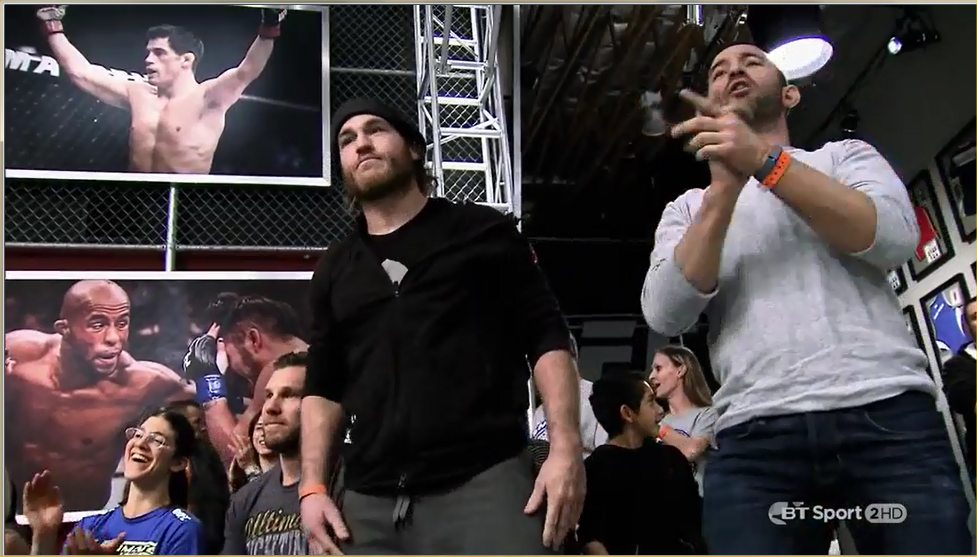 I had a brief cameo….yes, I got invited to watch them live and the camera flashed to Tom because his friend Spicely won and they were celebrating.

I watched with Team Syndicate at the Parkway Tavern after training. Then Thursday I trained, took Serena to the airport, and watched an exhibition MMA match. Friday I tried to make myself available to help mom move but her pods hadn’t arrived yet. I think in the morning I did yoga, then ran to my car appointment from 11 AM to 2 PM. Lee needed a transmission fluid flush, oil change, and engine check. Then hustled back to Syndicate to teach kids, then back home but Mom didn’t need help yet.

Saturday morning the 23rd, we woke up and I helped her carry heavy boxes downstairs for two and a half hours. 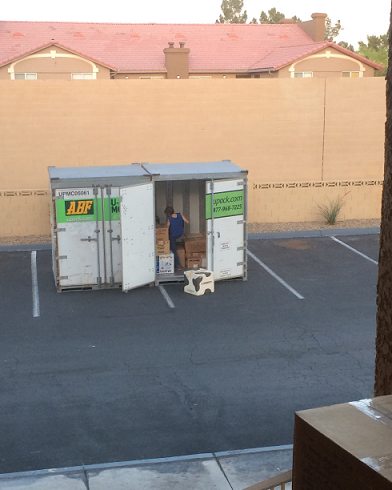 I’ve been really worried about her losing weight (she’s already thin) because she won’t increase her caloric intake to match her energy expenditure, so I begged her to let me do the heavy work. 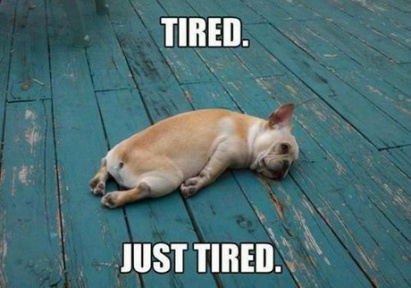 Then I took a “break” and went and did some jiu-jitsu from 10:45-11:45 with the class and Hannah. Then kickboxing for half the class until exhaustion around 12:30.

It’s fun sparring trying to spar your coach because you want to impress him by doing the stuff he taught you ON him ….but he also knows what you’re going to do because he trained you to do it!! So you know that he knows that you know this technique, but maybe if you do technique B he’ll think that you think that he’ll think you’re trying to fake him out.

Watched Nazca a lot while resting. I love love love that anime. 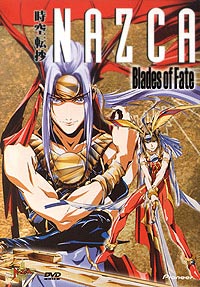 It was cool to relive it! BEAUTIFUL ART. It’s about ancient Incan warriors who are reincarnated and then discover who they are and try to continue pursuing their ambitions and conclude a great battle. I came across the VHS tapes while packing and got rid of them because I don’t have VCR and I found it online. I had first watched it when I was 17 in high school, and I got more out of it this time. I also knew websites and where to find the manga so I could read some of the differences. THAT was cool, and new.

Here is the opening.

Sunday I woke up tired and skipped exercise because my arms and legs were SO SORE from lifting and going up and down stairs. I met up with my friend Trevor, who lived in my neighborhood in Lenox! He, Craig, Tony Gardino, Melvin, Majru, and sometimes Manfred used to come over and play video games after school a lot. It was so cool to get to know him as an adult. 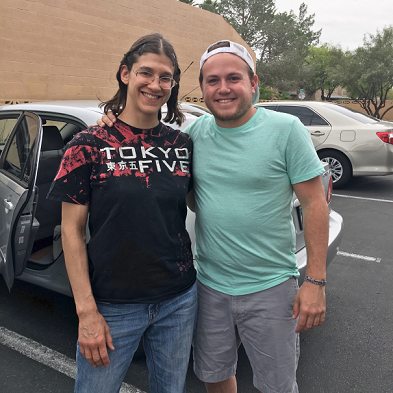 Mom said she didn’t need more help, so okay. I’m almost done packing myself. Boy, I’m glad we’re not moving out on the same weekend, that she is a week early. Then I watched Maleficent on my computer with Mom! That was really fun. I love that movie.

Then I tried to watch World Trigger but I was so sleepy I went to bed at 9:30 cuz I kept falling asleep.

So this week….Wednesday morning my mom flies out! For good! I’m too busy to really think about how sad I’ll be! ;-; Then Wednesday night I pick up Serena’s mom who’s coming in to watch her fight. Thursday I train and then help Serena cut weight. Friday I train in the morning, pick up the U-Haul at 1 PM, start moving some stuff in to my new apartment, and then go to Serena’s fight. Saturday I gotta finish moving out and the internet guy is coming over to set up service. In the morning I gotta train something, at 2 PM some big strong teammates are supposed to be coming over to help me, and then I have fights of 3 more teammates at King of the Cage.

See, I got this all planned out. I accomplish a lot in my life due to careful planning, knowing my priorities, and working in contingency plans and options in case stuff happens to mess up my plans.…