This week was an excellent week of training. I’ve started applying some techniques that John and Tom taught us in live sparring, and I’m successful with them. Man, I can’t wait to test them out in a fight!

The Invicta 13 card got released. Thanks to the fans who expressed their displeasure I’m not on the card. I knew it, though. I was told other females needed the chance to fight since I fought on the last one, and that is fair. Life is rarely fair, so it’s refreshing to encounter some fairness in the world. lol Even though it’s not in my favor this time.

The more I train, the more I realize how much MMA has evolved. A lot of ‘jiu-jitsu’ mind-frames or straight kickboxing techniques don’t work. But then again, suddenly, you need that jiu-jitsu to win. For example, being on the back in guard. Royce Gracie brought jiu-jitsu to the UFC and suddenly being in somebody’s guard is super dangerous and slick jiu-jitsu fighters can triangle/armbar/submit people on the top.

Nowadays, the top guy is pounding out the bottom guy with GNP and elbows, or even doing NOTHING, but because he’s on top, it’s an advantageous position and the top guy wins. The guard has become only that – a guard. A place you want to get out from.

I have jumped guard a few times in MMA fights.
Then I’ve gotten picked up and slammed. I’ve also lost fights from being in bottom guard, despite no damage being done.

I’m so lucky to be at Syndicate and have the awesome coaches I have, who know all aspects of the MMA game and how to put it together.
I notice such a big difference in training from what I used to do in Japan. They are good at certain things, though, and I’m NOT saying Japan sucks. Just, where I am now seems to have evolved in different ways.

Tuesday and Wednesday, I got to train with Irish Invicta Atomweight Catherine Costigan. 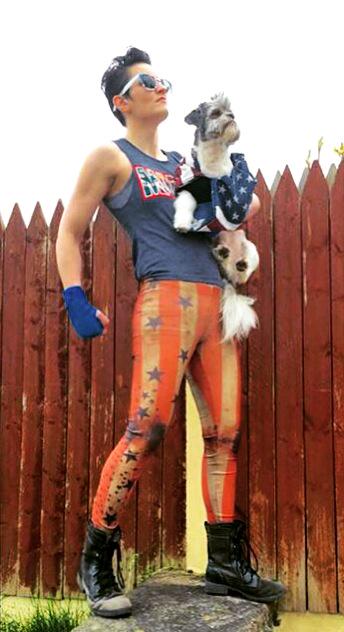 I love her! Come on, look at this picture. *_* She’s way lighter than me, but strong and tough. We did Syndicate team kickboxing sparring together, and then on Wednesday, some rolling and I showed her my favorite moves. We also had lunch and chatted and I got an interview, which I’ll post shortly. Man, I loved that interview. Some things she said inspired me. Stay tuned. 😀 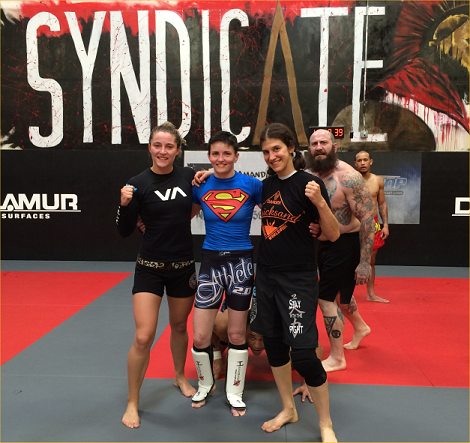 (we have THREE photobombers in this picture XD LOL)

Speaking of female fighters, Kentucky native Hannah Fitzpatrick is inspiring me also. She had originally come earlier this year to participate in the Real Water Reality show and fought on the Amateur card in April. Since then, she moved HER LIFE to Las Vegas, got two part-time jobs at UFC gym and the restaurant Skinnyfats to pay the bills. I’m worried she’s overworking herself. <3 But she's in the right place to make her fighting dreams come true. She's such a great training partner for me and a great friend. 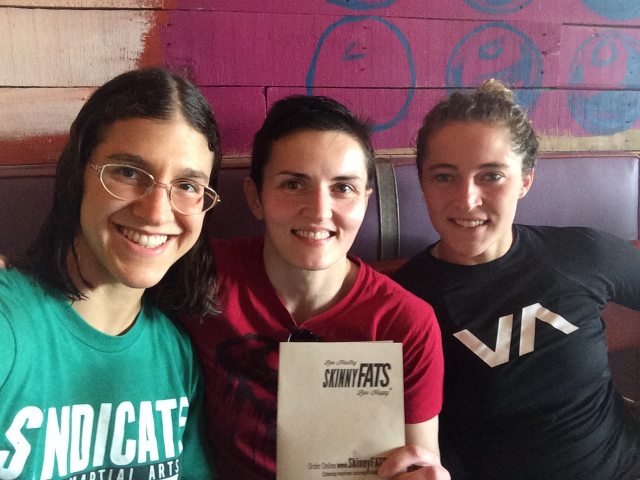 Lunch after training with Catherine and Hannah at everyone’s favorite restaurant! XD

Last weekend, I got to go to an open air concert! It was so much fun!! I was exhausted and my back hurt after training, so I stayed for a little while and then left early. :/ I got to hear the Romantics and Joan Jett! Miesha and Bryan came and we hung out! I met Duda for the second time, a Brazilian friend of Miesha’s! 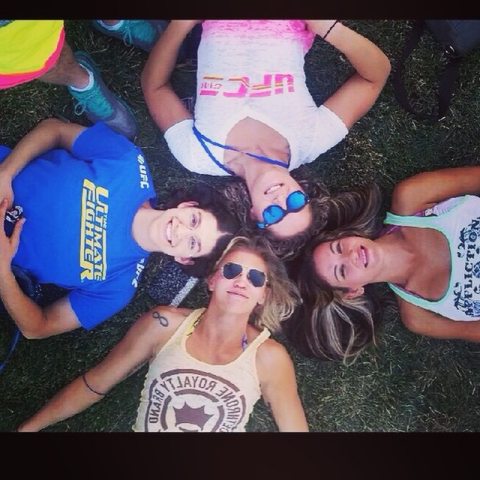 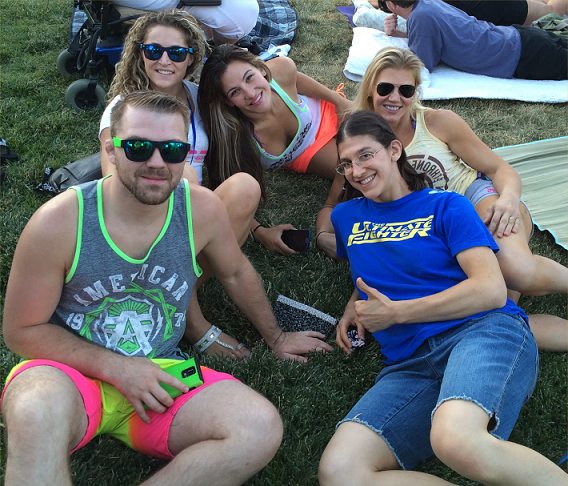 I’ve been doing a new strength and conditioning program with Luke, and so far so good. I’m super tired, but my body is still functioning! Except this Thursday. I felt like I was walking around in a zombie-esque exhausted stupor all day. I kind of bounced back on Friday.…