March 11th is the anniversary of the Great Tohoku Earthquake in Japan in 2011. At a 9.0 magnitute quake hit the northern Tohoku region and a tsunami washed away entire cities, erasing thousands of lives. Then it hit the power plant, causing it to melt down, spreading harmful radiation everywhere and marking one of the worst nuclear disasters in the history of man.

I was in Kawasaki at the time. The distance was kind of like Boston to Delaware. It was far but not really that far. I was on my way to work and stopped at the supermarket to get a snack, when all of a sudden a weird silence fell. Stuff started shaking and rattling. Items fell of shelves. People fainted. Customers dropped their stuff and RAN for the doors.

Once outside, I waited with my co-workers and students for the shaking to stop. It was only like a 5 where I was. 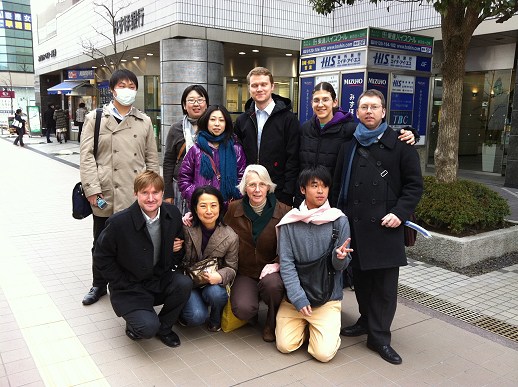 The after-quakes kept coming, so all the trains stopped for the rest of the day and night. I slept in the school on the sofa near two other co-workers. At one point, I watched the news on Bill’s laptop….I watched footage of the tsunami – Hellish, brackish, muddy water of death. It’s not like a surfing wave like I had imagined. It’s like a flood. The water rises and rises…but there’s power. It picks up cars and slams them into houses. It picks up houses and slams them into trees. If you are on a house roof and you fall off, you will get sandwiched between a tree and a boat and be drowned and bones shattered. It’s a nightmare. Children. Old people. Fit people. Dogs.

We went home the next day and went shopping…and stuff ran out in the supermarkets. No more milk. No more meat. No more yogurt. No bread. 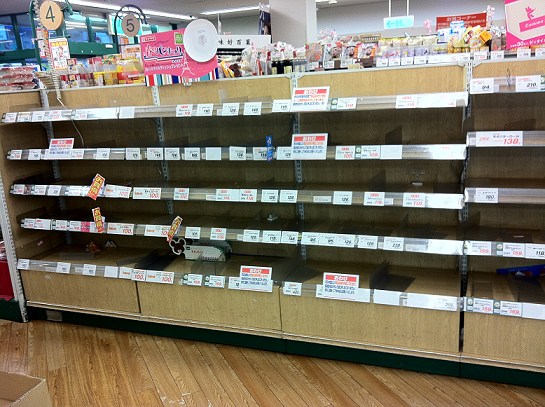 NO WATER. No shipments. Even in Tokyo. People freaked out. People started stock-piling. In Tokyo our electricity and water worked. Imagine in Tohoku where it didn’t?? March…it was still cold! People needed to be rescued!

Then the power plant news…. people feared the radiation might come down to Tokyo. People were evacuating in Fukushima. People told ME to come home. Foreigners left the country in hordes. People just went to Narita and stayed there until they could get on a plane.

I didn’t want to leave. Japan was my home! My dojo was there! My job!
My buddy said to me, “Let’s go to my friend’s place in Nagoya!” (which was like 5 hours west, further away from the power plant). Remember thinking, “If the house burned down, I would grab this first?” That was me. I packed my most essential items. So along with him and a few others, we crashed at his place. 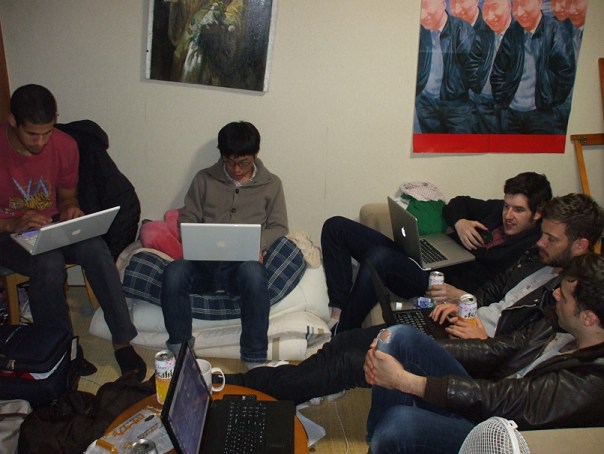 We all did sight-seeing stuff to pass the time and try to keep our stress levels down. My boss had actually told me I COULD NOT go, and I had to work, but I was basically like, “Screw you, I’m going.”

About 7 days after we arrived, we watched the news and they said it wasn’t going to explode any time soon (I’m sure they were just guessing and lying to keep a lid on the panic, but thankfully they were right.) So I went back to Kawasaki.

Now, 2015, there are still a lot of troubles in that area. People are still living in temporary houses – hastily constructed things, like super cheap mobile homes. I’m sure they’re out of work. Fields are contaminated, never to be used again. We have to be careful not to eat the fruit they try to sell us in Tokyo, like peaches, because they come from that area. Great mountains of debris and broken buildings still remain because nobody has the time to clean it up. They’re trying to survive.

I visited that area a year later with my MMA gym Ground Slam to do volunteer work. We built a park by pulling up grass with our bare hands, and distributed rice and drinks.

We forget these things are going on nowadays. We forget because we have to, in order to continue with our daily lives. But there are some things that would be good to remember from time to time.

“It’s cold out. I’ll turn on my heater. I really appreciate the fact that I have a heater, because somewhere there are people who DON’T have heaters.”

“This peach is delicious. I appreciate this peach because in some places, we can’t eat the peaches because they’re contaminated with radiation.”

“I’m going to go home from work now, by train. I’m grateful that the train will run and take me home. There were some people who had to sleep at the office because disaster stopped the public transportation.”

Just think about your life now and then and appreciate it.

Watch this if you dare. It’s not that long.
…