I had a pretty hard week of fight prep last week. Stressful.

Some people say that since I’ve been fighting for so long, it should be easier. No! It’s because I’ve had so many experiences that it’s hard. “Oh this bad thing happened once in the fight, so what if it happens again?” I’ve been around to know the significance if I win or lose. That sort of thing. But yesterday was kind of the cincher for me. I did my stairs, MMA class, I did my padwork with cardio/fight stuff mixed in with my coach and I felt really good. He told me I’m ready, and I think I’m ready, too. I know it in my bones. I know it, that I just needed to have one super good day to confirm things and relieve any doubt to make myself feel confident. I am ready for this fight, and with that feeling comes a mounting excitement.

My opponent, Vanessa Porto, was changed due to visa problems. Really? :{ Oh well, I guess. Andrea Lee took the fight, and I’m grateful and happy. I made this lovely video of appreciation.

She’s a kickboxer/boxer with a good ground game, from what I’ve heard.

PERFECT FOR ME to execute my secret ninja techniques! 😀 😀 Maybe she thinks I want to go to the ground? Maybe I …..DON’T! Maybe I ….DO! I didn’t go to the ground once in my last fight at all! You don’t know! bahaha!

So I wrote on a Facebook group page that I was looking forward to fighting Andrea, and like 14 people liked the comment. Then Andrea commented that she won’t trash talk and she was excited, and like 16 people liked it. Then I asked why her nickname was KGB and she never replied.

awwww but I wanna know! 🙁 I googled it but couldn’t find an answer. I guess some people don’t like to talk to their opponents before fights? Even if she would have been like “YOU’LL FIND OUT! HAHAHAHA” that would have been pretty funny, don’t you think? 🙁

Last Friday’s class was productive. I did MMA and then practiced my Jedi Force Push techniques. 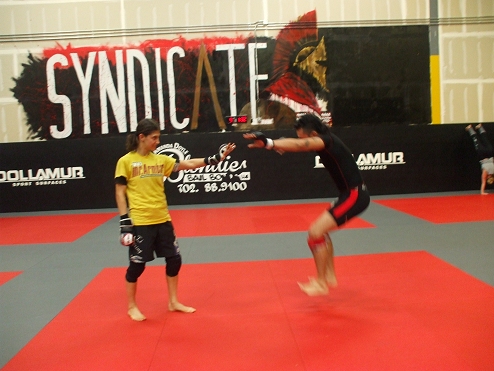 Thanks for working with me, Rudy.

So I intend to pose as a Jedi again this time (I might bring my DBZ gi for photo shot) so I wanted to look up different stances with the lightsaber. So in my time between training, I got the newest Star Wars and rewatched them and took screen caps so I can study. I kid you not. 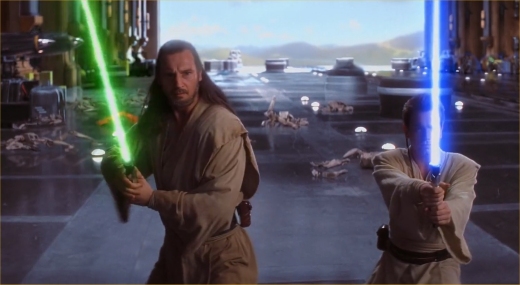 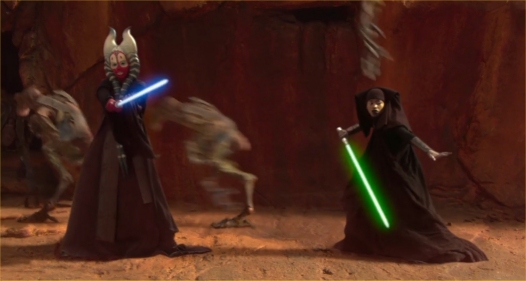 That lead me to youtube where I watched this whole explanation on Lightsaber colors. Lightsaber colors originally indicated a Jedi’s role in the Order. For example, Jedi Consulars, who focused on non-violence, carried green lightsabers to symbolize peace. Jedi Guardians, on the other hand, carried blue lightsabers as a symbol of uniformity and solidarity and tend to have a higher talent in fighting. The green users tend to have a stronger ability in the Force.

THEN I found out that there’s actually a computer animated Star Wars series?? So I’m gonna start watching that after I finish rewatching the Hunger games 2. 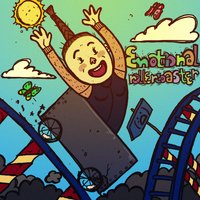 After training with Coach John from 2:15-3:15ish, I went to my prefight eye exam all the way in Northern Las Vegas. I was super late. 🙁 They dilated my eyes and I waited forevverrrrr so I had to cancel my private lesson appointment. Sorry, Valerie! ;_; And I got caught in rush hour traffic. But the doc was very nice and took care of me. And I got all my paperwork done, yay!…