training, and my mini vacation at CIRCUS CIRCUS! :D

Saturday, I trained with Heather in a grappling class lead by Vinny, just a fun day. I didn’t do kickboxing sparring. 🙂 Then in the evening, we watched a kickboxing exhibition between our gym and Xtreme Couture! It was fun. One step behind amateur. Everyone just geared up and sparred as hard as they could.

Most of these are my teammates….. 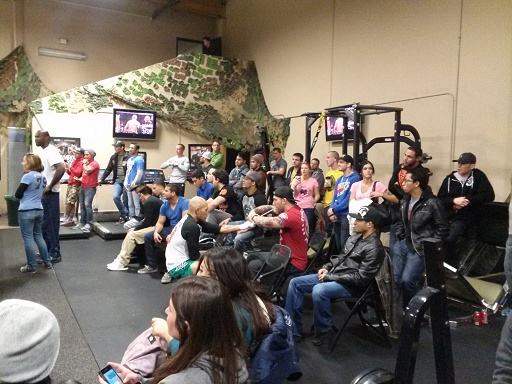 haha our boxing coach Jason is as tall as Bellator fighter Maurice….on his knees! XD 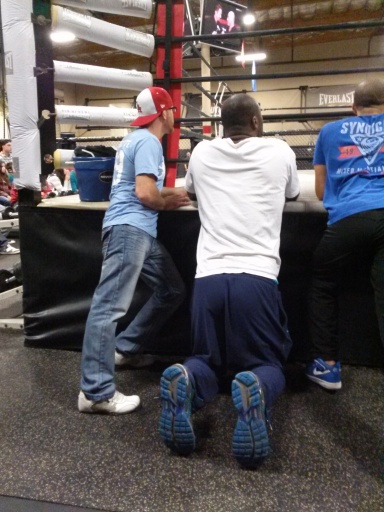 We hung out at Lucky’s a bit after that, but I got home early. 🙂 Finished watching Monsters University on my laptop! I like the Redbox rental system! 😀 It’s new for me! (having lived in Japan for years)

On Sunday, I met and trained with Victoria, and then went back to her place where she fed me delicious protein-shake-ice-smoothie while watching ep 2 of Full Metal Alchemist Brotherhood. Once I’m caught up in Naruto, I think I’ll watch that next! 😀

Then I met Heather and enjoyed free passes for Circus Circus that an awesome fan gave me! 😀 Thank you, Tony!

Just before I went into the Adventure Dome, a guy on the street said, “Hey, are you an Ultimate Fighter?” (maybe he saw my Team Tate hoodie? Or recognized me? But he got the terminology wrong…) I replied, “Um, yeah….” “REALLY!? No way, show me pictures!”

……LOL WHO SAYS THAT?!? “really, show me pictures?” I laughed so hard and then showed him a group pic on my phone of me, John, Miesha and Bryan. He squinted at it and was like “Huh….” I have no clue if he knew what he was looking at, so I excused myself and ran off. lol Ain’t nobody got time for that! XD *sing*
link to hilarious music vid

My first game of Laser Tag ever. 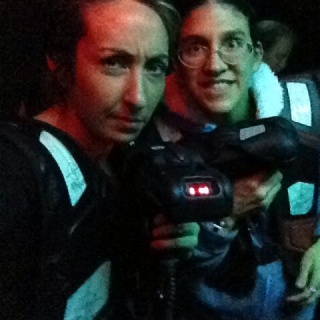 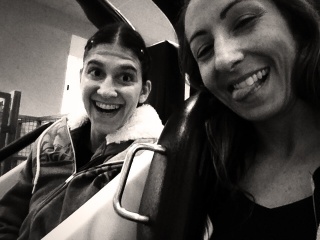 Just before the roller coaster! Man, I love this one! 😀 omg weeeee! Hold on for your life….hold on to your little…… *cough* and strife!! XD *sing* Who knows what I mean?! XD 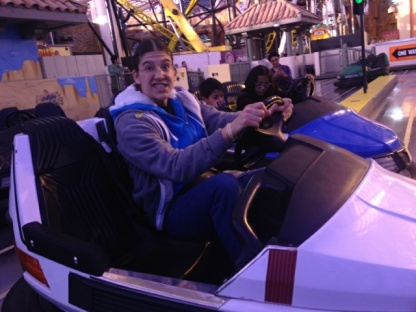 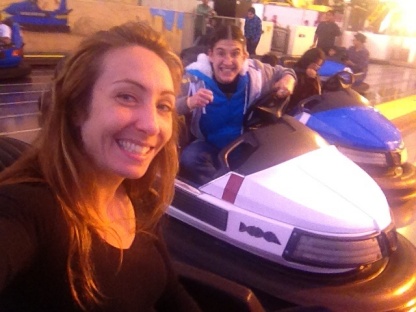 And I had a little frozen yoghurt. Okay, seriously, no more. X_X gotta resist. It’s Thanksgiving week! Time to be thankful! Time to diet, because you know what happens. Thanksgiving. Eating a lot. And stuff like that. 😛 😛 😛

Hopefully my new T shirt will come out soon!
I can’t believe it’s the last week of November. …