Omg I leave for the tryouts the day after tomorrowwwwwwwwwwwww!

I forced myself to take a full day off from training, because I felt like if I went in and forced a session, I’d just get hurt. I ended up eating ice cream and crappy stuff. ;_; lol But oh so good.

I worked some overtime, but before that, I walked around and took pictures of random things in Kawasaki, because it amuses me.

WHAT IS WITH THE ELF HATS? The first time I saw it, it looked like someone’s winter hat was too small for their head, so instead of pulling it down properly to fit their head, they just let it stick straight up. Like an elf. Haha So cute. 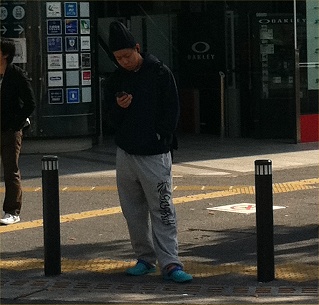 Then I saw it again. 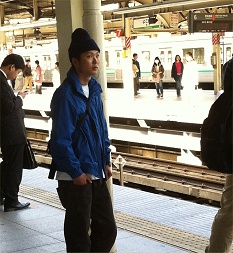 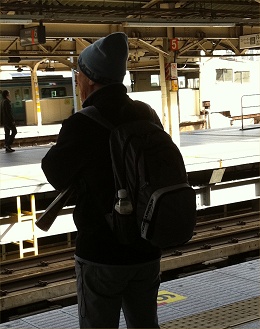 Like, so many people were wearing these “elf” hats, mainly men, cuz women don’t wanna mess up their purty hair. -_- And I have seen ones that stick up EVEN TALLER.

FAR BE IT for ME to criticize anyone’s fashion sense. Hahah I wear crocodile socks and anime T-shirts as a staple. But I think the elf hats look kind of goofy. ^^; But whatever makes them happy! I’ll just snicker and be a paparazzi. I’m entitled to my opinion, too, right? 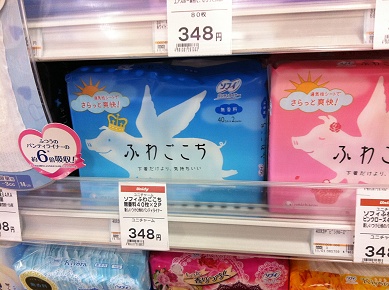 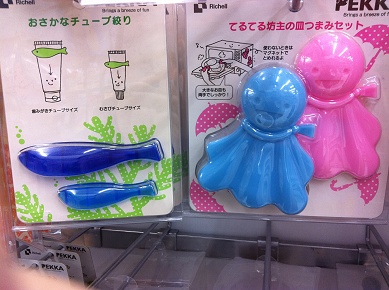 Ghost hot pot holders, and a fish-shaped clippie thingie that helps you squeeze toothpaste out of the tube. 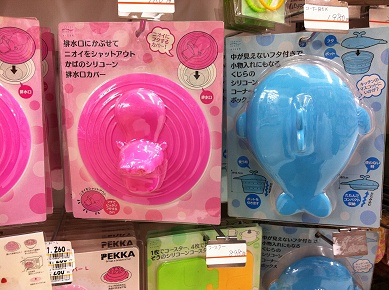 Silicon pot lid shaped like a hippo? and whale! 😀

Stick these thingies around and they eliminate bad odors! 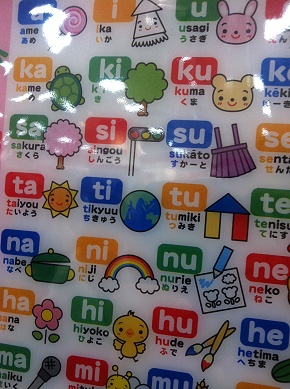 This an alphabet chart for Japanese kids. It’s supposed to go “Ta CHI tsu te to.” IT’s CLEARLY CHI, not “TI.” and TSU not TU. OMG they’re teaching their kids wrongggggggggggggggg! get it righttttttttttt! As an education professional, I am enflamed!

(click to enlarge)
So I was going to check out at the 100 yen shop, when I found this in my basket. I totally did not put these there. But upon closer inspection, I found out that THEY ARE ACTUALLY FANTASTIC so I bought them. XD Hahaha bizarre. Has that ever happened to any of you? Something appears in your cart that you don’t remember adding, but you decide to buy it anyway?