For exactly one month, I’ve spent every ounce and breath of my free time WITH other people. Granted, they are people I love being with. At the same time…..now I’m happy to get back to my usual routine. I’ve put a bunch of things on hold.

I’ve learned a LOT this past month. About myself, about humans, about genders, about life, about society. It was quite a remarkable September. ^_^

Mom went home this morning. I escorted her to the train station and waved goodbye as she caught the train. ;_; It was such a nice visit! Her 4th time out here! I think I showed her a great time. ^_^ She doesn’t get out much by herself at home, so I not only wanted to be with her, but give her a kind of adventure! We also had fun celebrating our birthdays together. Mine was the 24th, and hers is the 30th of September. I’m 30 and she’ll be 58. 😀 She’s in really good shape and kept up the pace with me amazingly. 😀

After I dropped her off, I went straight to the dojo, and made class only 30 minutes late. BJ-san was teaching, and as always, taught a FANTASTIC class. I feel myself having improved in only one session! BJ-san is magic. lol 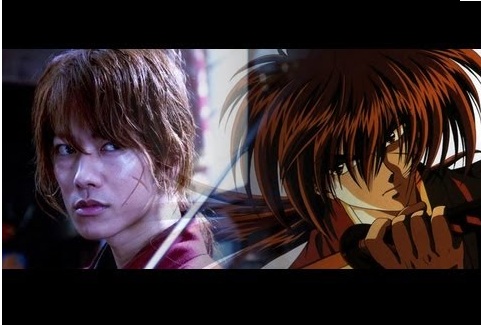 Then, I went home, did chores, and ran back to Kawasaki to see the movie “Ruroni Kenshin.” I caught it just before it went out of the theater. IT WAS FANTASTIC! I’m excited I could understand like 80% of it despite having no subtitles! 😀 Dude, Genki Sudo was TOTALLY a bad guy, and fought Sanosuke. XD Sanosuke, who’s actor Munetaka Aoki, is just a tiny bit maybe just a little bit slightly…hot.
Anyway, totally as good at this preview looks:

And they did NOT overdo the “oro” thing! He only said it like 4 times. I think it would have ruined the dialogue if they had him do it as much as he did in the series, so they put just a bit of his speech peculiarity in there. NICE CALL.

And because I kind of have a crush on this actor who does Sanosuke now (just kidding)… lol preview!

I was gonna post pics of Sky Tree, but I ranted about Kenshin, so I’ll make that another post tomorrow or something.…