Sunday, I took a day off from work, and generally relaxed in the morning. I was so tired from the day before. u_U I then went to my manager Shu’s wedding! It was really beautiful. I got to sit with Mizugaki and his girlfriend, Mitsuoka-san (Eiji) and Kunioku-san. 🙂 Kunioku always says things with a straight face, and told me his water was Japanese sake….Mitsuoka-san ended up believing him and asked the waiter for some, and the waiter was like “We don’t have any” LOL. 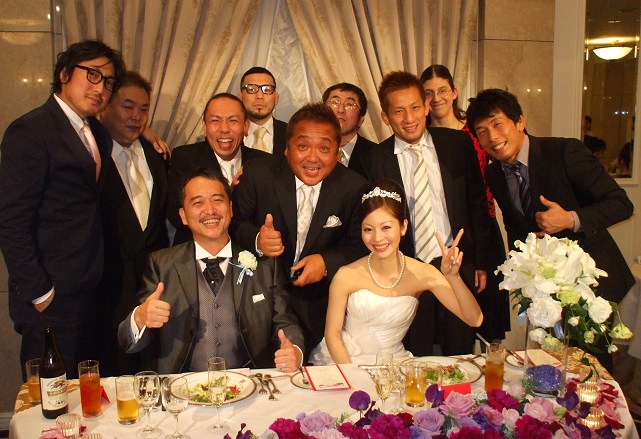 The service was done by this Australian? priest. I think. I’ve heard so many rumors about how foreigners without any qualifications who aren’t really priests do services for side-cash. So I spent the whole time wondering if he was really a priest or not. ^^:; He probably was, since Shu is American and would probably make sure…. 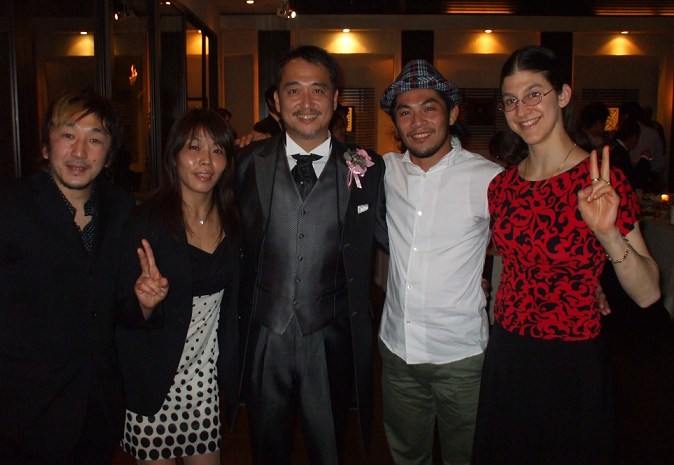 At the second party, I got to chat with Osawa-san, and also ran into Hashi and Koizumi-san. I saw Megumi and Akano but actually we didn’t sit together- I spent most of my time chatting with Hashi-san. I also saw Yoko Takahashi (she looks good in a semi-normal hair style- but nobody I was sitting with recognized her at first! LOL That’s hilarious). Megumi Yabushita, Masako Yoshida, Seki-san, and many other fighters. 🙂 It was nice. REALLY nice. I wish Shu and Ayumi long-lasting happiness! 😀 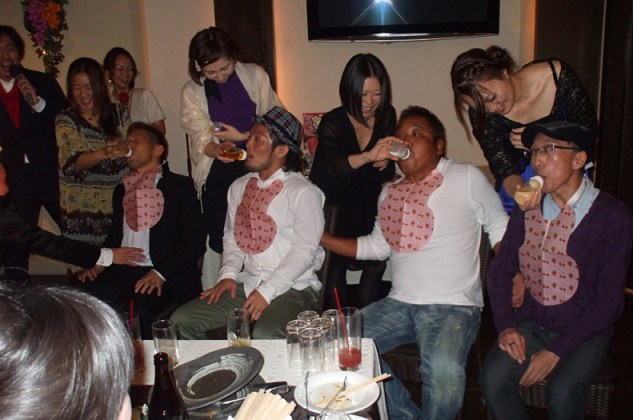 The games were really funny. They chose men and women and had them race to suck drinks out of baby bottles. Then they had to say “Baboo.” I found out that that’s the onomatopoeia that babies say. Like, in English they say “Ga ga goo goo,” right? BABOO LMAO XD XD It was so funny!

I definately should have brought a change of shoes instead of trying to make the trek from home to the place with my heels. omg I almost fell multiple times and my feet hurt SO MUCH by the end of the night. ~_~; I have cuts on my feet now. 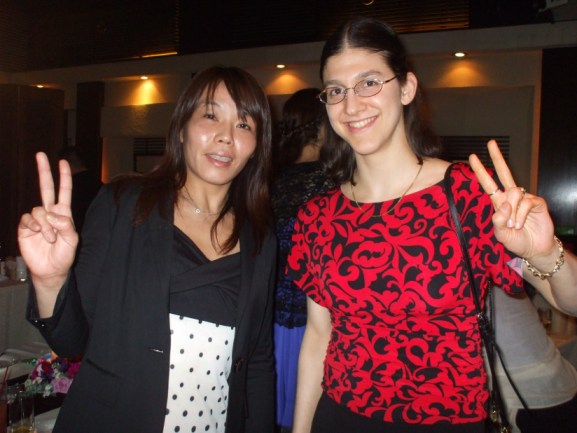