I had my usual full/heavy breakfast, but for whatever reason, I just cracked today. I’ve been resisting junk food and I got REALLY BAD CRAVINGS OMFG. u_U I had little things throughout the day, not really going crazy, which I am proud of. I did have some ice cream….some sweet bread. Just barely under control. gah. My weight is JUST okay now. I’m aiming for a bigger cut this time but I gotta stay at this weight.

I worked out by myself in Gold’s Gym this morning, and like 5 of my attempted plans to get together with various people fell through. u_U Bummer. BORING DAY. So I did chores, organized my apartment, found my medicals to use for my fight, and watched some of The Smurfs.

bahahaha it’s so stupid. XD The dialogue is so corny, the villain overdoes the acting…..I LOVE IT! XD~ 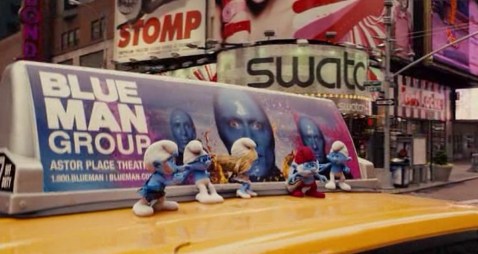 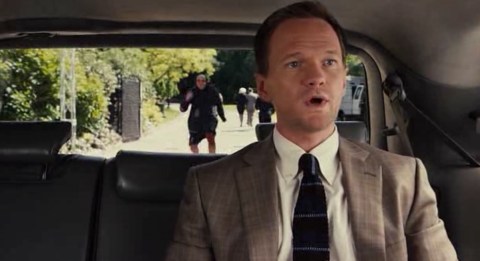 “Come back here, wretched Smurfs! Stop your carriage!” And a second later the car stops and he SLAMS into the back of it! hahahaha XD

Gargamel goes into this abandoned building, and in the next scene, he’s like, “Yes! I build the Smurfalator!” or something. WHERE DID THE MACHINE COME FROM, he had like FIVE MINUTES TO DO IT. lol 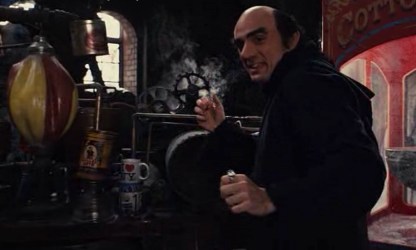 Then he turns around and sees his cat…. 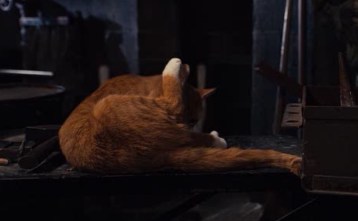 And says, “eeh, would you care for a mint when you’re done.” lol

The Smurfs are adding the word ‘smurf’ into everything, like “Let’s me pessasmurfic,” as if that’s supposed to be “pessemistic” and “oh smurf it!” like “oh shut up.” but it just sounds bad and not clever at all. Did they do that in the cartoon?

But hilarious in it’s own right.

I’m laughing sooooooo hard. XD It’s been while since I belly-laughed. …