I went to Gold’s Gym right after work at 6:30, intending to use the elliptical machine and bike to get my heart rate up for a bit, and then take part in the AACC grappling class.

I hopped on the elliptical and checked out the 5 TVs. Last time, I got to watch an episode of Dragon Ball Z kai, and was RIDICULOUSLY excited because A) I could understand everything without subtitles, which was my dream and what inspired me to study Japanese in the first place, B) I was watching DBZ IN JAPAN el natural the way everybody else watched it.

This time, I noticed this talk-show about anime seiyu (voice actors).

So I stated watching. The seiyu themselves ranked themselves in the top 20 and talked about various things, like why they think each other are great, and other interesting things. IT WAS SOOOO fascinating! It was like a dream to me! omg! Like, Goku’s voice actress is Masako Nozawa, this 74- year old little old lady by now! But she did Goku’s voice on TV, and it was freaking awesome. She told us all sorts of stuff, like how once she broke the microphone in the booth by accident with the power of her voice. Her voice was chosen by Akira Toriyama himself (the writer of DBZ) by a sample, without him having seen her face, and she was so honored. Then Toriyama later told her that as he was drawing comics later in the series, he actually started hearing her voice doing his voice in his head. She said that it was the highest honor of all time to her. 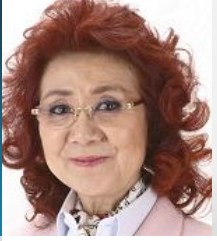 As you all probably know, Ozawa-sama did not only Goku, but his son Gohan and grandson Goten. But sometimes they talked to each other in the series! According to her, they didn’t do the scenes separately and put them together afterwards….she did them at the same time, and just changed her voice on the spot! AMAZING TALENT. omfg. She also did multiple other anime characters, and the TV show brought up images of them, and had her do their voices one after the other! Like, she said in Goku’s voice, (in Japanese) “Hello, I’m Goku! There are a lot of people gathering here today! Oh, who’s that? Father, it’s me Gohan! Isn’t this great!? oh, I think there’s someone else over there, who is it? Hey who are you guys?” (someone else I didn’t know).

Krillin’s voice actress Mayumi Tanaka also does Luffy in One Piece. It’s SO cool to hear traces of their voices in her regular speaking voice. The audience asked her about any failures or bloopers, and she said that she tried out for this roll of …I forget what, it was famous, and didn’t get the roll. The whole audience was like “WHAT?” right, because she’s so famous and good. 🙂 She also told about how once in the studio, she was straining so much during a tension scene that she blew a big fart. The mic picks up everything, so they had to redo the scene. XD

I knew most of the voice actors they introduced in this show! Usoppo’s voice actor Kappei Yamaguchi ranked like 17 in the top 20. That guy has serious talent…I thought he’d be higher. Many of the anime were older, and a few I didn’t recognize. Most I’d at least heard of, even if I hadn’t seen them, like Slam Dunk or Tacchi? Some baseball anime? I’m not into sports anime unless it’s fighting sports.

So… I’m pumping and pumping on the elliptical and after like 15 minutes, I decide to switch to the bike. So I’m peddling and peddling….I’m trying to go fast to get my heart rate up, and only was going to go for another 15 minutes, but I was watching the show. ^_^;;; So I didn’t wanna get off. The show kept going and going. lol Before I knew it, an hour had past, and I’m like….damnit now it’s 7:30 and I wanna get off this thing, but I can only watch and listen to the headphones if I’m on one of these machines, so I couldn’t get off. LMAO So I peddle slower. x_X;; Got off, stretched, saw them introduce a new seiyu, and was like “OMG MUST HEAR” so I hopped back on. I did the bike/elliptical for over TWO HOURS. A boxing coach Saito-san who I made friends with happened to be walking by and said, “Are you cutting weight?” because I was sweating buckets. lol Well, yes and no…. I wanted to see number 1! Finally, at 8:00 they got to number two: Ozawa-sama! Number one was……..oh endure the pain…I waited over two hours for this! Are you ready?!?!Who could it possibly be? Seiyu selected by other Seiyu? Koichi Yamadera, Evangelion’s Kaji.

Huh u_U Yeah he’s good, but is he number 1? I was disappointed. -_-; Actually, he also voiced Jim Carry and Eddie Murphy in their various films dubbed into Japanese. He did Ranma and Tienshinhan, someone in Yattaman, Spike in Cowboy Bebop, Gojyo in Saiyuki, okay I guess he did a lot. I didn’t realize that (checks wiki).

Well anyway, I practically tottered off the bike, but my shin muscle still hurt to walk. I couldn’t really do the AACC class anyway, so it was good I got it all out on the bike. lol

That was the coolest awesomest show I’ve ever seen! XD Like a dream! DREAM!!! Oh oh *fan-girl heart eyes*…