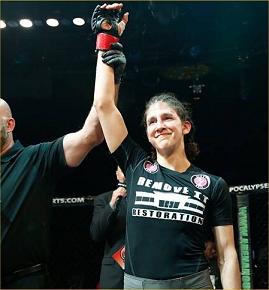 It was hard to teach the kids class hobbling along, but Justin helped me. 😀 Thank youuuuu <3 my teammate. It went well! Tomorrow I'm going to enjoy The TUF Finale with Kristin, who's visiting from Cali 😀 One of the two stars of Women's MMA roundup videos.