Friday started the insanity here in Vegas. I woke up and instead of doing yoga as I usually do, I went to no-gi class. Sarah Kaufman happened to be in town for the Expo and dropped by! I’ve always been friendly acquaintances with her before and after we fought in 2010 in Strikeforce. It was fun rolling with her in training. I’m glad it was a friendly, training, not super competitive roll because I was working to suppress competitive feelings. We’re not in the same weight divisions anymore, and despite me losing that fight, I really don’t have a burning desire to fight her again. I would love it if she came down and trained more often, actually! 😀 😀 We also chatted about teaching kids classes. I’ve been teaching BJJ for about 3 years but she has for even longer than that. 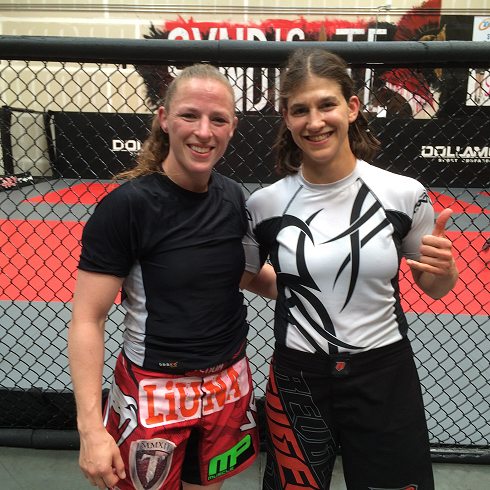 I had to take off right after that and go get an MRI done for licencing purposes. I was a few minutes late! ;_;

Then I sped to the UFC Fan Expo where I got a VIP pass from my manager, and joined Brittany in getting posters signed. I met a bunch of cool fighters! We got to go in a back room. It was so cool when Matt Serra and I spotted each other and he came right over and started talking about Star Wars! 😀 “I know you will geek out with me,” he said. I was so excited and fangirling because he’s one of my favorite fighters of all time! And he fought in the first UFC I ever watched when I was 19 years old. 😀 😀 😀 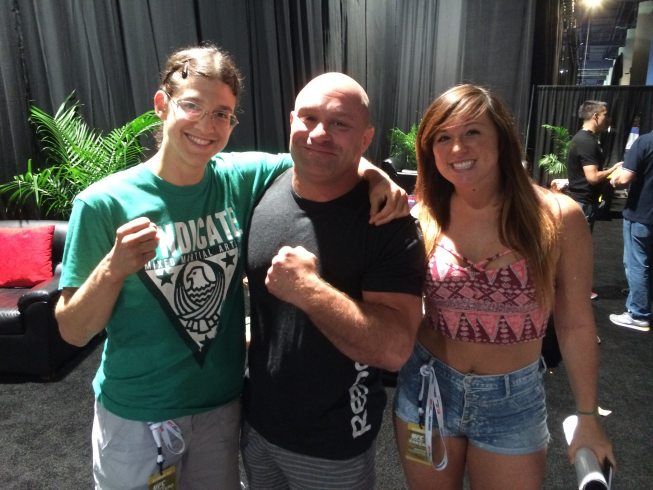 Later on, Bri and I went to the UFC that night and unfortunately, my teammates Cory and Khalil didn’t win their fights. 🙁

I had started feeling not healthy Friday and Saturday I definitely knew I had a cold. We thought Bri had allergies but it turns out she had a cold. I’d been pretty stressed out all week and not able to relax and rest so I’m not surprised I caught her cold. It infuriated me. I had wanted to train on Saturday SO badly. But I didn’t want to infect anyone. Sore throat and sneezing. Instead, we both went together to the Expo and got more signatures. And I tried not to breath on anyone. I just didn’t want to grapple or snot on anyone in the gym. 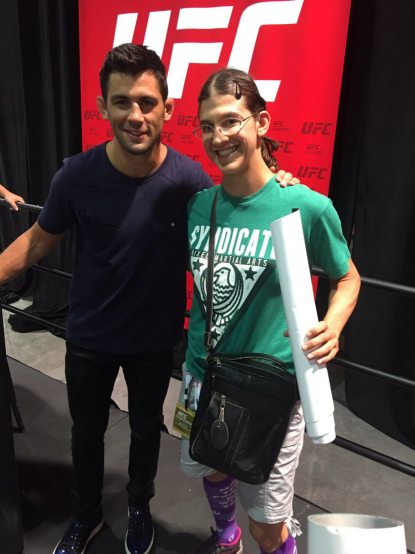 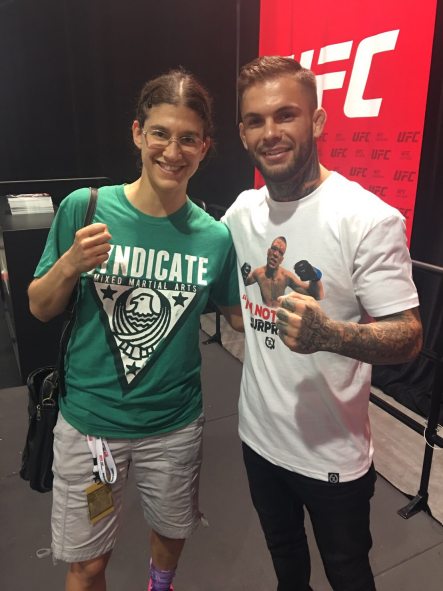 UFC 200 was amazing. Silva taking on Cormier stuck out in my mind as very Budo and old school. The other fights were amazing. I felt bad for Mark Hunt. Brock Lesner is just so huge, and just got popped for drugs. :/ I was sad for Miesha for losing the belt to Amanda Nunes. She didn’t seem quite herself in that fight. Well, MMA is a hard world.

Sunday Bri went to Florida, and I tried to recover before my trip to Japan on Monday…!!…