Monday, I had mitts with John, in which I worked LOTS of feints. 😀 11:30 MMA class was great. Lots of technique. I forget what we did now. lol Take-downs? Then live drilling mostly with Serena. After that, I ran to get Brittany at the airport, and kind of kept her waiting an hour. ^^;; gomen gomen!

So Brittany is one of my best friends from when I lived in Japan! We trained at the same dojo and became besties! 😀 😀 😀 I missed her sooo much after I moved back to the US. She’s here visiting for a week.

We went shopping for cell phones at Walmart. I had no idea one could buy a cheap smart phone with no contract at Walmart?!? 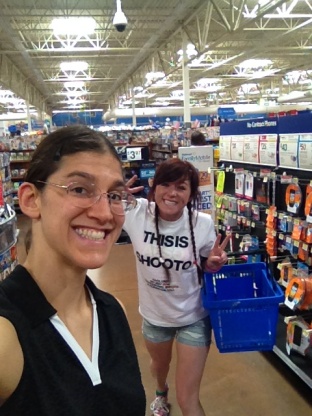 It is ridiculously awesome to see her again! I missed her sooo much ;__; I kept glomping her.

We then went to get food at El Pollo Loco, brought home, then went back to the gym where she helped me teach kids. 😀 We not only did little kids for Alberto, but also big kids with Rick Davis. We learned a triangle escape and way to take the back from guard. 😀 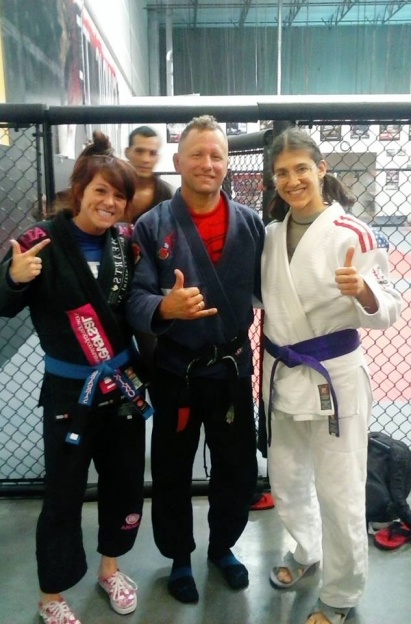 I took her to my favorite frozen yogurt place that won’t sponsor me but I go anyway, Tops and Bottoms! lol 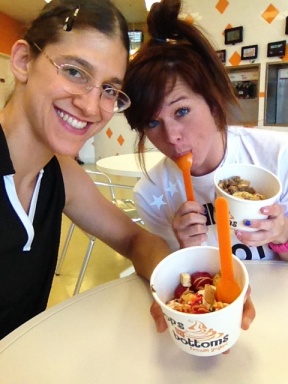 okay I gotta say that my teeth look white thanks to Adam Persky, the FIGHT DENTIST! http://fightdentists.com/
We chatted and then went to bed at 10.

Tuesday morning we went to the gym and I taught her different stuff that I’ve learned at my time at Syndicate. 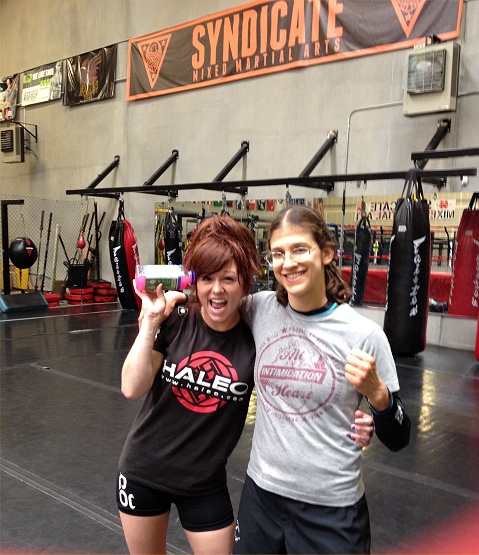 Then the 11:30 MMA /kickboxing sparring class stared, and I switched from teacher mode to kill mode.

We then did technique, and John had us practice the one-two-hook, inside low kick, and then one-two middle kick. Brittany and I worked together and sparred a bit, and then Serena and I proceeded to beat the living sh@#$* out of each other until class ended. lol 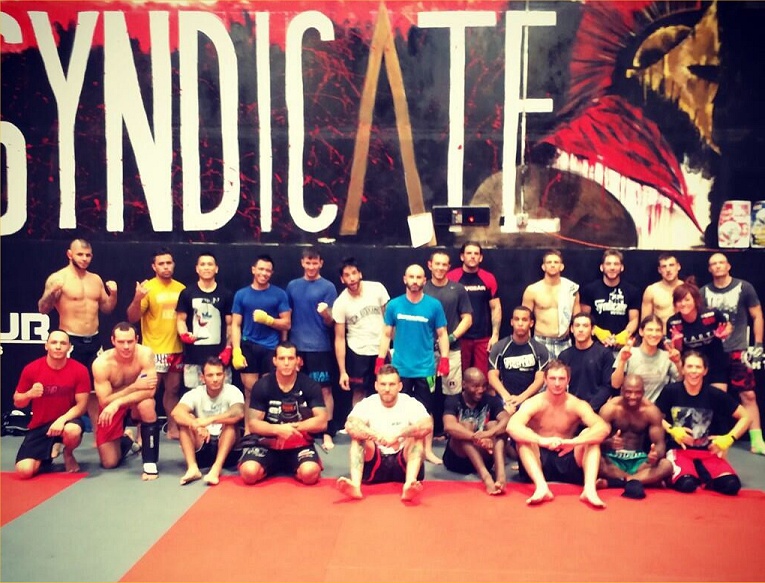 We went out to lunch together at El Pollo Loco! 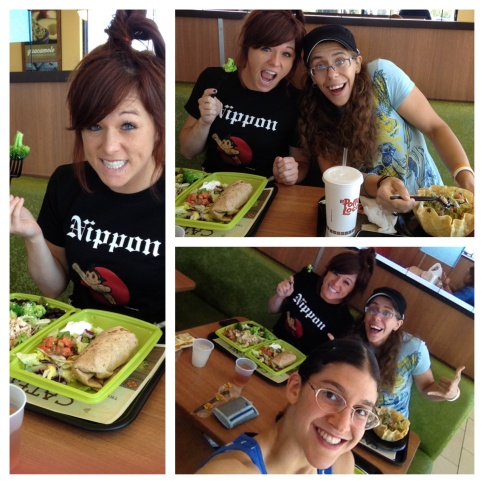 Brittany and I rode the El Loco roller coaster at the Adventure Dome at Circus Circus, visited the Mirage and got thwarted in seeing Tigers, walked around the strip, and found ourselves at a most excellent restaurant called…Gilly’s? Right next to Treasure Island. omg so good! I had pulled pork. I try not to go out to many restaurants unless they’re cheap, so this was a nice treat. 😀 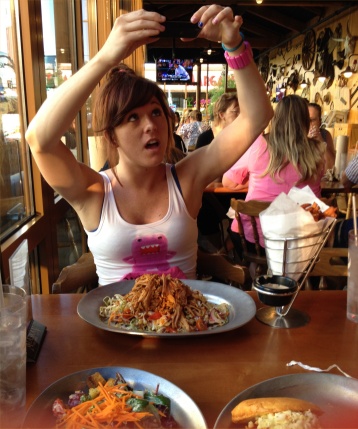 Buri-chan is doing Japanese style photography- always taking a pic of food before eating. haha I do the same thing at times! tee hee

I’m so sore. I put too much water in my darn ice bath yesterday so it diluted the ice and it wasn’t cold enough. -_- oh well! Today is a light day! D…