On Wednesday night, I rushed to the AACC and got in a bunch of good rounds of sparring! I ate too much sushi, actually, but it gave me energy! 😀

On Thursday, I woke up too early, starving…. after 4 hours of sleep. -_-; Felt like crap, but super excited for Ground Slam.

I went and sparred my heart out. Seriously, I adore sparring there. People just fight differently than at the AACC. I like experiencing both places, though. I failed at taking BJ down, found out why, and then took the next guy down. WOOOO she can be taught!

and then she forgets! LOL I had KNOWN but forgot. u_U Man my memory sucks. Well, that’s why drilling is important, folks. But yeah, I think I got it now. Wrote it down. Near the end, guys were sitting around resting a round and it was just me and this other guy….I usually don’t do this, but I kind of showed off….lol I did a spinning back fist (it landed! I was shocked) and a superwoman punch (but he avoided it). He was one of those guys hesitant to punch me, though. The other fighters were like “Whoa!” ^^;; You know, I think psychologically I like being the only girl in the gym.

Katsumura-san took my picture with a polaroid and taped it to the wall under “Guests.” 😀

After training, I used the gym shower, but the men stripped and hosed each other off outside in the middle of the street. Hahaha 😀 (Not completely stripped…) But ….it was a really homey feeling. Really comradery-like. It’s funny, I feel most at home surrounded by fellow male-fighters, rather than women. Well, maybe it’s because I’m not a JAPANESE woman… I mean, I don’t even know these guys very well personally, but I just like the vibe there.

It’s just that I’m WIPED afterwards. I go until I have nothing left. I dragged myself home and I felt kind of exhausted/sick, so I didn’t go to the AACC evening training. I wanted to go and just do technique, but I felt kind of woozy just walking to the supermarket, so what’s the point? I haven’t been going lately because I feel too wiped out after Ground Slam. 🙁 Tomorrow I’ll do some conditioning.

Instead, I finished “Despicable Me” (I love the script), and the movie “Rio” (ADORE the script! XD and Will I AM and Jamie Foxx were voice actors, and that guy who did Zuckerman in Social Network). I also watched Tangled again. Seriously, Maximilion the horse is the best character. XD I adore the music.

I got my work schedule emailed to me this evening, and I found that my boss had given me less lessons, like I’d requested. He even let me go home early.
Thank you, boss. ^^

I’m really happy. ^_^
OH I got my kids class MONITORED by the HEAD of my company’s kids program. :O He gave me a very good rating, and advice! 😀 And we discussed my new upcoming repsonsibilities! SO EXCITED!! XD

I’ve had a few people say to me in the past, “You’re like a child.”

Well, I believe that pure happiness is child-like in nature. Kids get it! They just want to be happy and seak out that happiness (and cry if they can’t get it.) They learn that they can’t always get everything they want, and then society shapes them into adults. But the kid inside us remembers. It comes out when we laugh, when we win a game. Don’t you cry and jump for joy sometimes? COME ON, remember when it was really important! Did you cry? 🙂

Hah I’m an adult, but have I managed to stay a child at the same time? 🙂 If only life could be like Disney movies! If only everybody could be happy! And find out what really makes them happy. It seems so clear to me. Do what makes your heart sing. 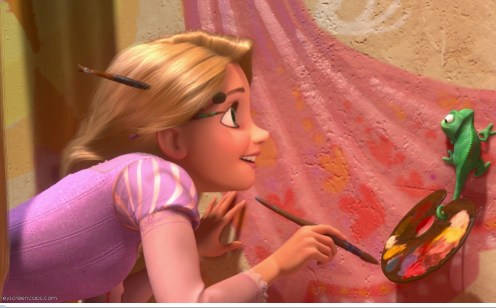