Yesterday, I did my second parent-child jiujitsu class, and it was fantastic! 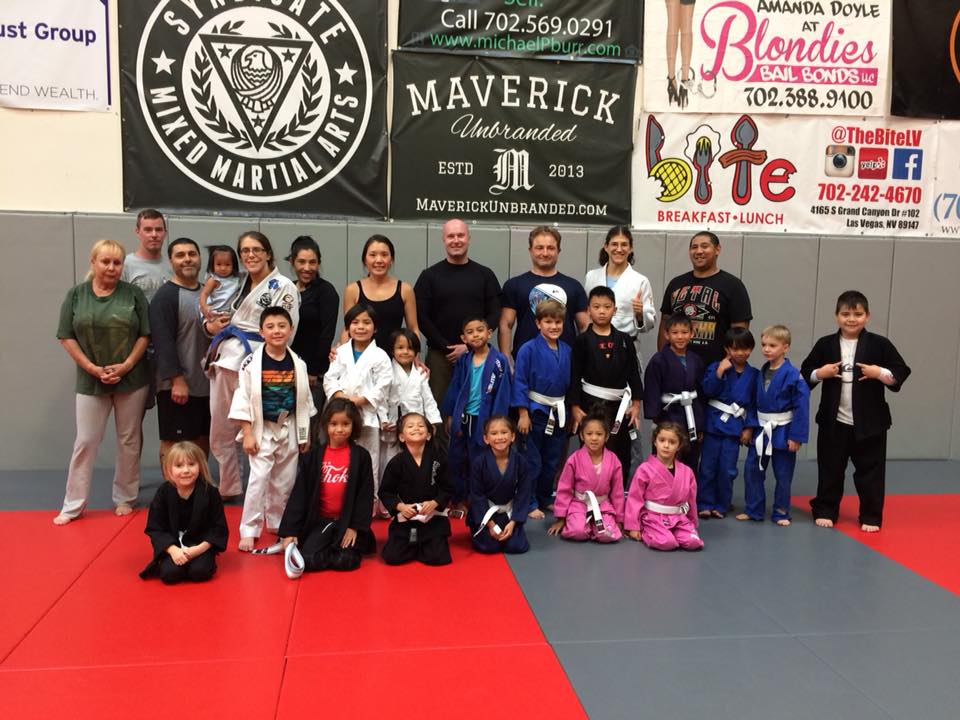 I had been forgetting to announce the event after class loudly, so I was afraid people wouldn’t know about it and wouldn’t come, but I think we had even more parents than the last time, plus a few repeats! I’m so happy! It seemed like everybody had fun, and the parents got to hear my whole spiel I give before class about never fighting outside the gym, never fight angry, what to do if you are angry, etc, all the good Jedi/ martial arts stuff I always say. 😀

In reality, I believe this is the most important thing I’m doing with my life. Children are the future of the world. We have to raise them well and properly, be good role-models, and be good people for them.

We practiced the scarf hold down, transitioning to north south, wheel-barrow races, and I was going to do knee-on-belly or armbar from north-south, but we ran out of time. That’ll be a good set up for next time. 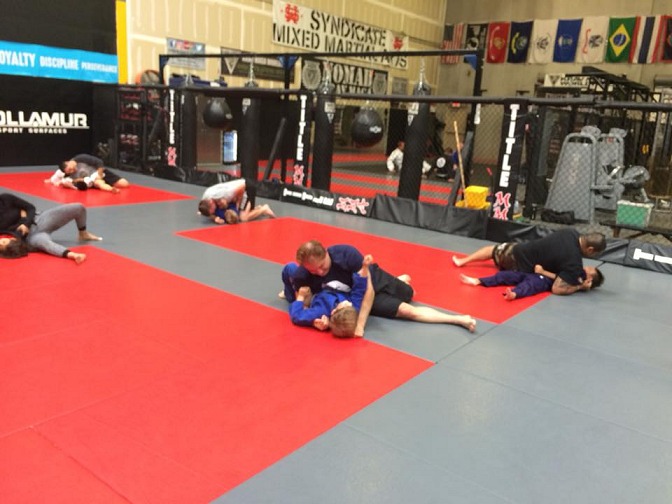 About this time, I’m putting feelers out and asking for sponsors for my fight, to put logos on my clothes, etc. Well, I’m not allowed to do that in the UFC. We can only wear Reebok, and our pay is set. I’m not going to complain about it because I made the ‘championship’ amount for my last fight, which was very good. A lot of fighters lost money but others gained money, so it’s mixed. I am grateful to get anything, and the Reebok clothing quality is good. So thank you, Reebok. I think I fall under the “three fight tier” for my next fight because my TUF fights don’t count, which sucks. If you count TUF fights, I’ve fought for the UFC 7 times!
https://www.mmafighting.com/2017/12/22/16812880/ufc-alters-reebok-sponsorship-earning-tiers

I’ve formed a lot of great relationships with sponsors in the past, and made friends with all of them. I’m not even sure what I should call them anymore…sponsors, fans or friends? Rob from Aardvark Painting in Washington State, who I lovingly refer to as “Robvark.” 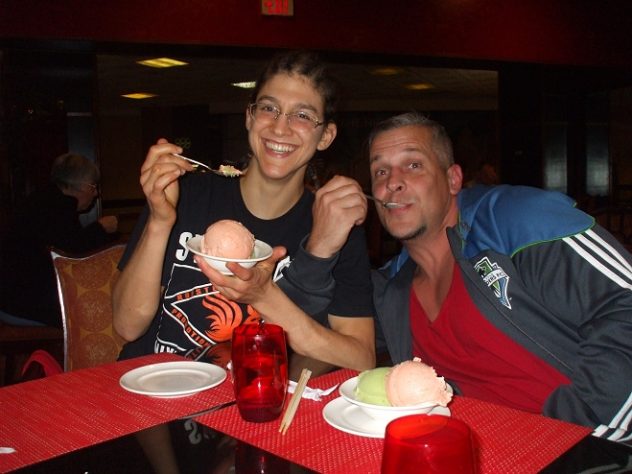 Eric and Beth and family from Remove it Restoration. http://removeitrestoration.com/ 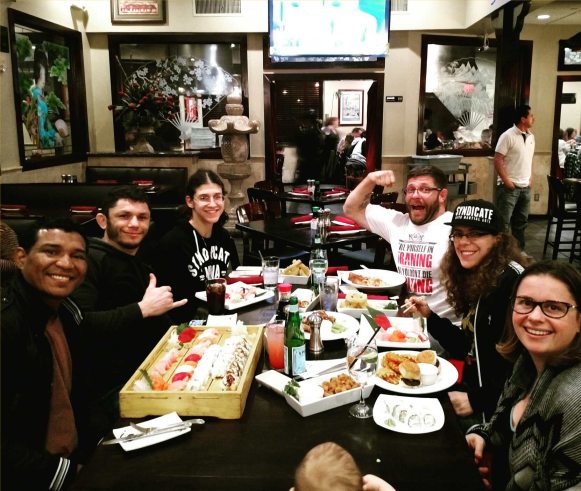 Bill K and family from My Consumer I.T., who still sponsors my blog. myconsumerit.com 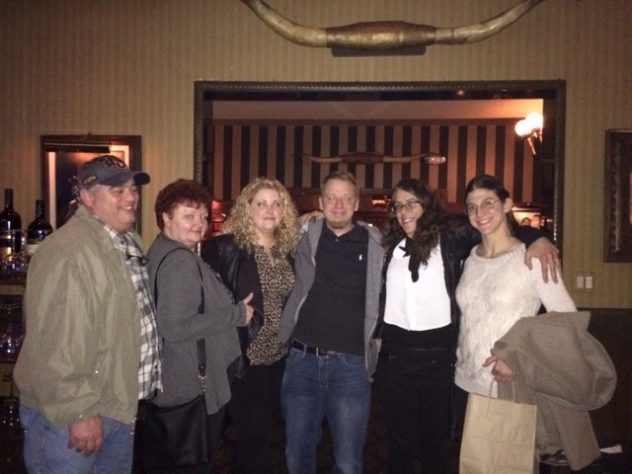 Jack and Jan who I met while running stars walking by the Keno section at the Orleans! 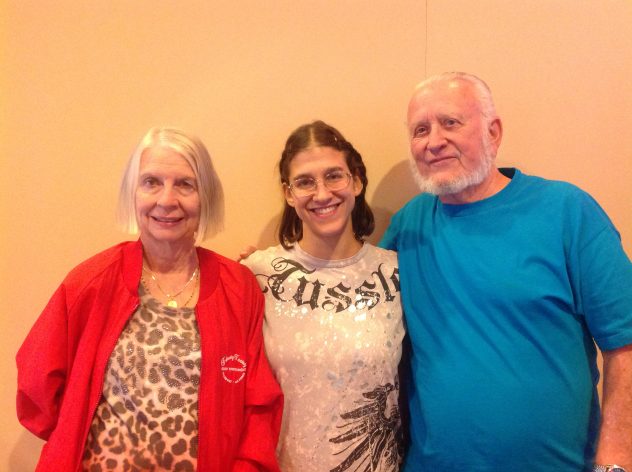 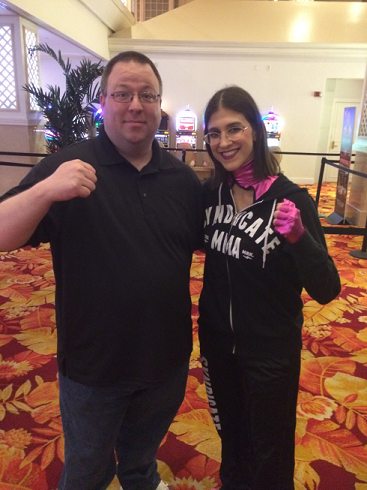 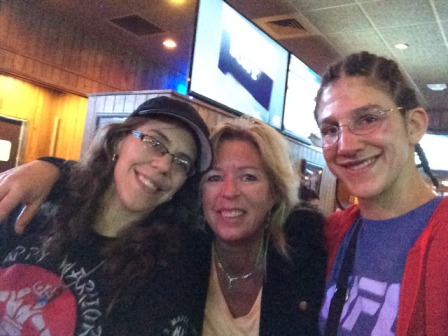 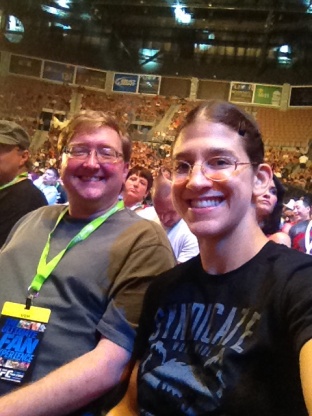 I was looking at some teammates who have restaurant sponsorships and feeling a little jealous, but my great sponsors send me periodic gift cards to Trader Joe’s so I can get my groceries, and “food” for my car Lee, in the form of gas gift cards, supplements, movie cards, tea, socks (haha I have over 200 pairs now).
John from Top Notch fighter, https://www.facebook.com/topnotchfighter/, Howard Fidler http://howardfidler.com/, the Combat Docket guys, The Krilly family, Katie, “Passive Jay,” Bonny, Eric from Combat Law https://combatsportslaw.com/, Dominate your Game my nutritionist , and so many more.

The relationships I got out of asking for sponsors is worth more than their weight in gold, while of course helping fund me to follow my dreams. Fighters make chunks of money at once, but we have to stretch it for months and months of not fighting in between, and if we’re lucky, think about putting some away from after we stop fighting? Most fighters can’t even think about that. I’m so happy and grateful for my sponsors, fans, and friends.

I’m just going to post my amazon wish list here: https://amzn.to/2ISuejP
The shipping address is to my gym, Syndicate.
As I just stated, I love meeting people so feel free to shoot me an email, as well: basilisk875 at yahoo.com
People are telling me to “go out and get sponsors,” but I’m not sure how to do that. I’ve contacted local businesses, sock companies, and some others, but didn’t get any bites. I’m not a gamer so I can’t do Twitch, and anime production companies have no reason to want to give me money. So if anybody has any ideas or suggestions or CONTACTS (most importantly) please email the above email address.

Last week I got food poisoning at a party from eating chicken that had been left out in the sun. I didn’t even think to wonder how long it had been out there. I didn’t think! It was in a bowl on the table, so I just ate a piece. Serena got food poisoned, as well. 🙁 I started feeling not great in the beginning of practice on Monday and I hoped it wasn’t food poisoning, because this had happened to me before, where I ate something Sunday afternoon and felt it Monday afternoon as it passed through my intestines. Around 2 PM on Monday, I broke out in a fever and chills. I managed to get through my 4:00 kids class somehow half delusional, and then was floored all night and the next day. Tuesday consisted of me sleeping on and off, watching Star Wars Rebels season 3 in between while I was awake. 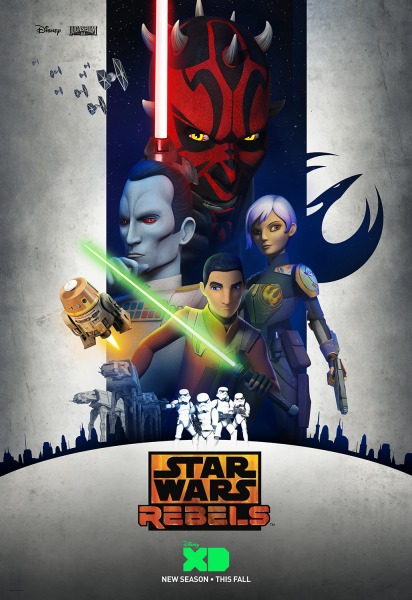 I love this series!

I also watched a lot of Dragon Ball Super. I hate cliffhangers always associated with that series, so I waited for a lot of it to come out and then binge-watched it in chunks. Finally Friday I watched the last four episodes together! OMG IT WAS SO EXHILARATING AND INSPIRING! I loved Vegeta’s fight against Toppo, how he said he would power up in his own way without throwing away the things in his life, and then slugged him in the face. 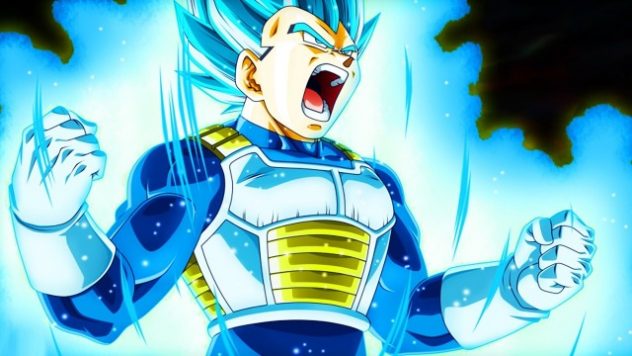 I saw that battle and then went to training and was so psyched up. XD That was Saturday, I think. Man, I was so excited. That anime is really special to me because I’ve been watching it since I was 14 or so. It was one of the things that inspired me to not only do martial arts, but become a fighter. That anime taught me by example to always get back up and train your butt off. Training is hard and hurts, but you have to do it, and the results are worth it.

It felt like I was out of training forever, but it was only two days. I kept telling myself that I wasn’t going to lose all my stamina in two days. Thursday I felt not great but my coaches and everybody said I looked good.

Friday was good, but a challenge, because I still felt blah from food poisoning. I did my shark-tank fight prep, then a private grappling lesson with Mike Pyle, then conditioning with Lorenzo. I wanted him to drive me hard but hoped he wouldn’t because I felt like crap… he did middle. He’s so perfect. THIS IS WHY I stick with Lorenzo as my physical trainer instead of running to the UFC Performance Institute like a lot of other Vegas UFC fighters.

Remember how you got to where you are, and who got you there. I am Team Syndicate!! 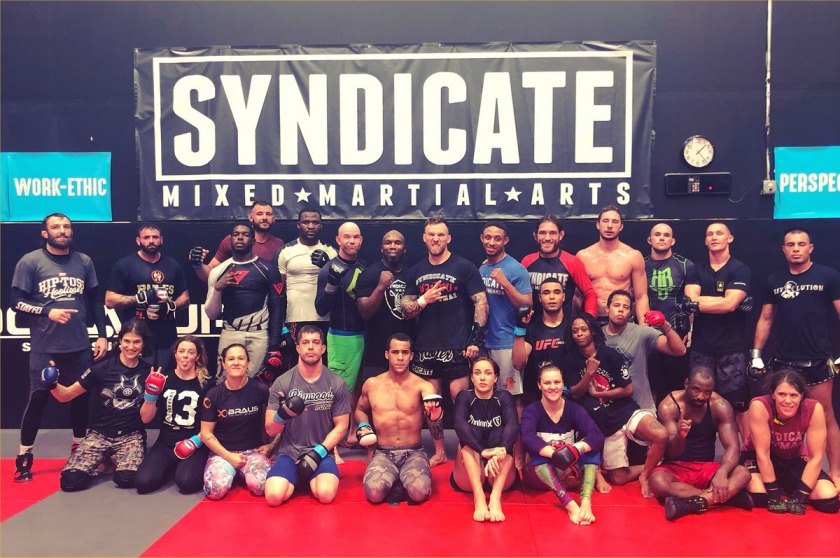 Saturday I did Syndicate open mat gi and no-gi. I’m back to 100% totally. I got to work some moves Mike taught me, roll with Casey and Mike, and then spar some light MMA with Chelsea. More like medium-hard. haha Thanks for the work, Chelsea! Mike coached me a bit, which was nice, because John was elsewhere. Then I did a few rounds of kickboxing before calling it a day. Thanks, Casey, for always teaching me important details and for always being there for me. 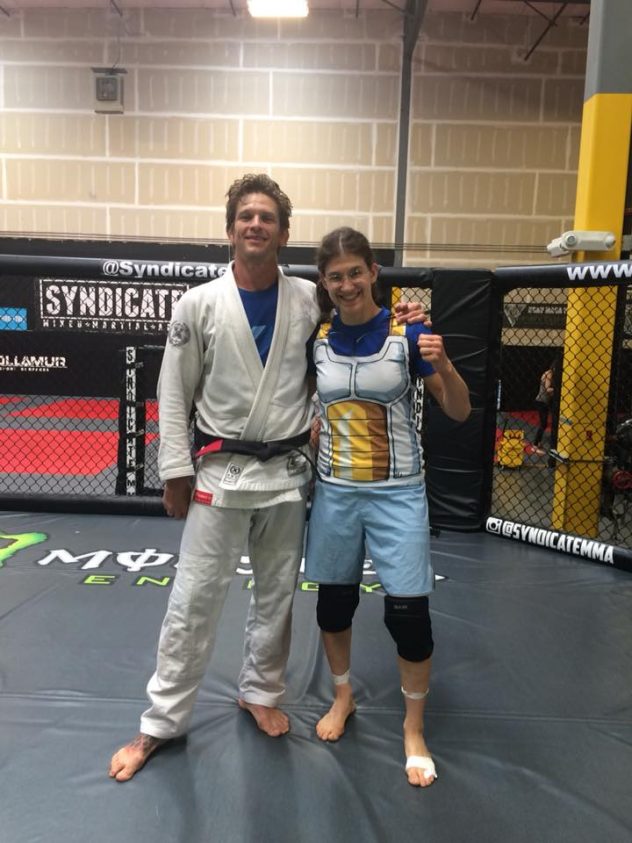 Where do I get my awesome Dragon Ball clothes from?
https://www.justsaiyan.co/
They also have Naruto, Attack on Titan, One Punch Man, and My Hero Academia! 😀

Saturday afternoon, Chelsea and Serena and I went out to lunch and that was nice. I then had my usual phone date with my mom at 3:00. I watched The Flash for the rest of the evening!
Sunday I did yoga, got my Teri massage, went grocery shopping, and watched the Flash. I’m in the middle of season 3.

Oh, Friday night we threw a surprise party for Coach John at his house. One of my teammates distracted him by taking him out to this Star Wars virtual reality walk-through while we all showed up at his house. Good job Mama Wood for planning the food and prep. 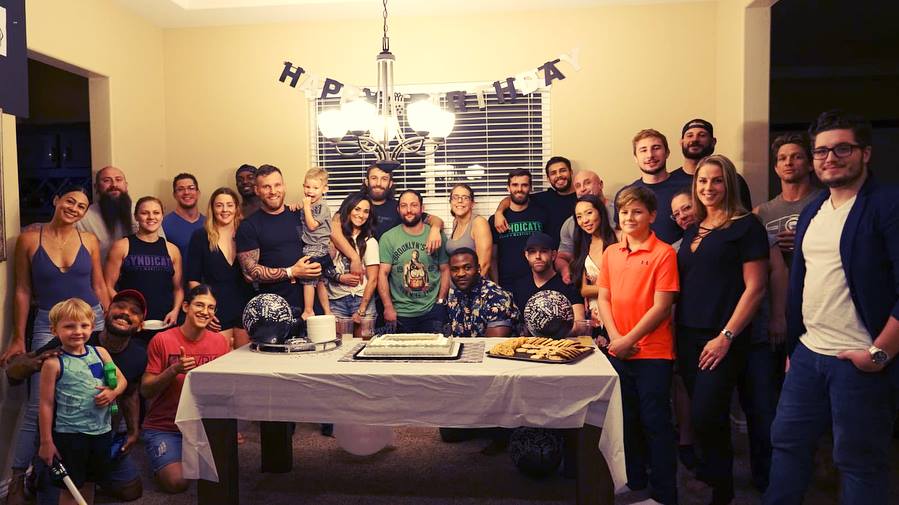 Thanks to my blog sponsor My Consumer I.T.!
http://myconsumerit.com/
providing I.T. Solutions, back up, monitoring, SEO scans, network support, server administration, and more. 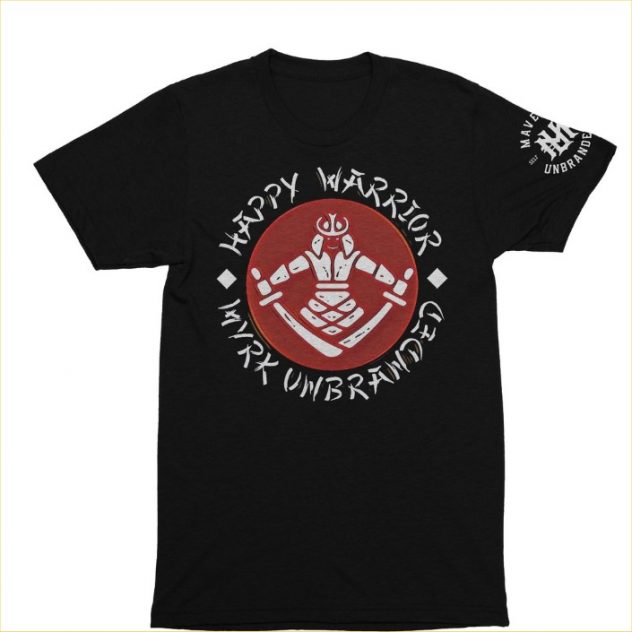 And my Fear the Fighter T shirt is available here:
https://www.fearthefighter.com/collections/mens-apparel/products/roxanne-the-happy-warrior-modafferi-custom-tee-pre-order 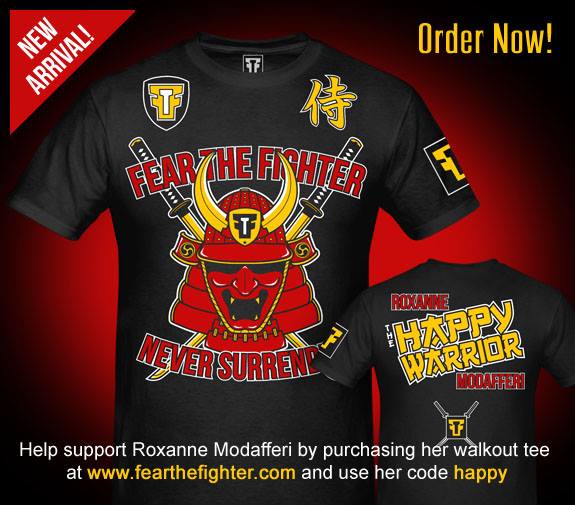