Saturday morning I did BJJ with the gi! I haven’t done gi training in months, so this was fun and felt good! It felt different to be constantly pushing and pulling with the gi, so I felt like I got a good workout.

I actually had planned to do some kickboxing, but my back was hurting and I was tired and had stuff to do that day, so I decided to take a shower and go to the expo to get some signatures. I had a signature scavenger-hunt assignment.

So I was supposed to get signatures on posters from Chuck Lidell, Don Frye, Arlovski, Fabricio Werdum, and then Frankie Edgar, Mighty Mouse, Daniel Cormier…

Dude, there’s only so many lines I can wait in in the span of an hour and a half! 🙁 I checked the schedule for people available at 1:00 PM and everybody but Arlovski was finished! oh no. And despite being a fighter, I can’t cut lines.

So I met up with Celia, a facebook friend who sponsored me in my last fight by putting “Lemon Badger” on my banner, and got to chat with her while waiting in the Arlovski line. I had like 7 posters I needed him to sign, but technically we are only allowed to get the fighters to sign ONE item. Then we have to go to the end of the line. 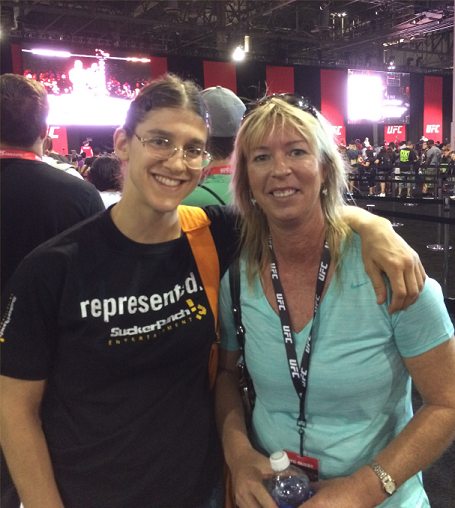 I was soooo nervous…..that A) I’m meeting Arlovski! B) He would only sign one thing

Finally it was our turn! My heart was beating. He reached for his usual signature card which I REALLY WANTED but I had other priorities. I said, “HI! 😀 😀 Would you sign my posters for me?!” He smiled tolerantly (I could barely see his face under his hat) and dutifully signed all of them. I let them flip back after he signed. Thank youuuuu. And then the staff lady took a picture of us but I didn’t have registered badge (I had a UFC guest pass) so I can’t get the picture ;_; and I was so nervous that I didn’t get Celia to take a pic with my camera. LIKE AN IDIOT BECAUSE SHE WAS RIGHT THERE HOLDING IT. ;____; 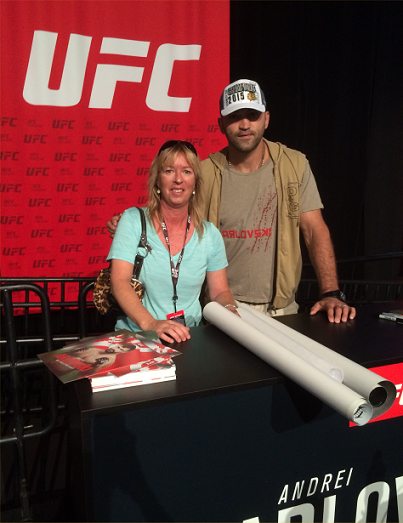 I thought to get one of him and Celia!!! Thanks for helping me out, my friend!

Then met up with Katie who helped me out.
I met up with Ota-san, who traveled all the way from Japan to go to the Expo and watch the UFC! 😀 I visited his gym when I needed a place to train when I was going to fight Akano, who trained at the same gym as me- AACC. He was the leader there. So cool to see him again! 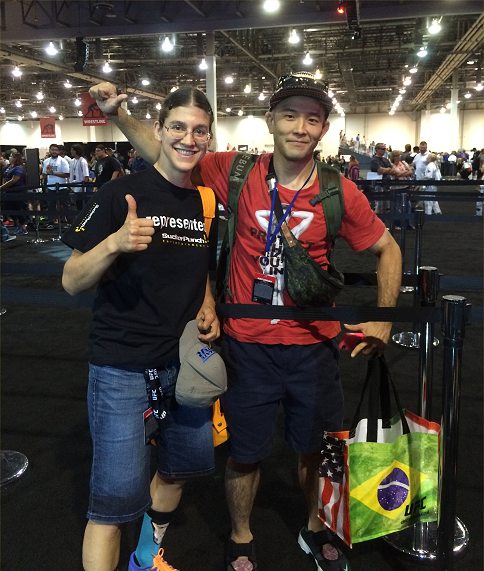 Then I split. I went home for an hour and then went over coach John’s with a few teammates and watched the UFC. Freaking amazing show! Robbie Lawler vs McDonald was amazing. And Conor and Chad? I was very entertained by that fight. Not the safest way to fight, but I fully enjoyed the showmanship. 😀 He’s got guts to do that. I loved it. Too bad Chad gassed a bit, but I REALLY respect him for stepping up for such a huge fight on two weeks notice, risking his record and career! I’m a new huge fan of both. 😀

Sunday I did yoga and then went to Joanna Jedrzejczyk’s seminar at Syndicate! (I guessed Jedrzejdyck for spelling and then had to look it up. I’m trying to memorize the spelling and am getting closer lol) She showed some GOOD stuff! I’m sad more people didn’t come, but it kind of got organized at the last minute and there weren’t posters around the gym. Well, sucks for you guys who didn’t come! 😀 I love her. I hope she comes back and trains for a bit after she heals up 😀 :D. 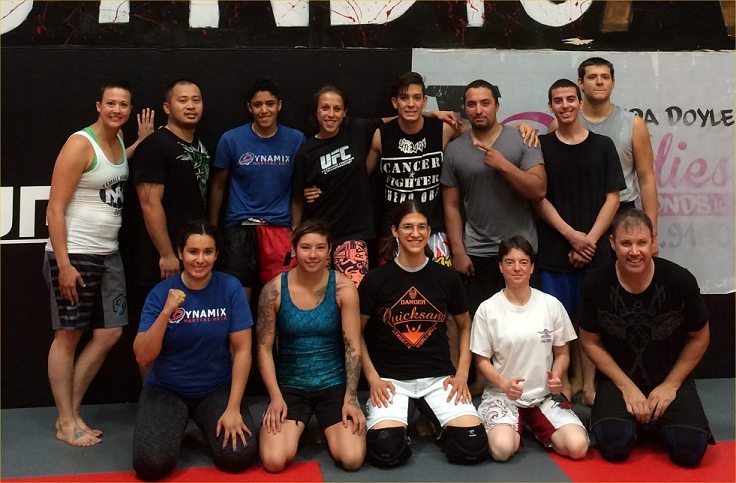 Then I had a girl’s night out and hung out at the Alehouse in Town Square with my fighterbuddy Hannah! We had girl talk and watched the UFC. 😀 perfect evening. haha 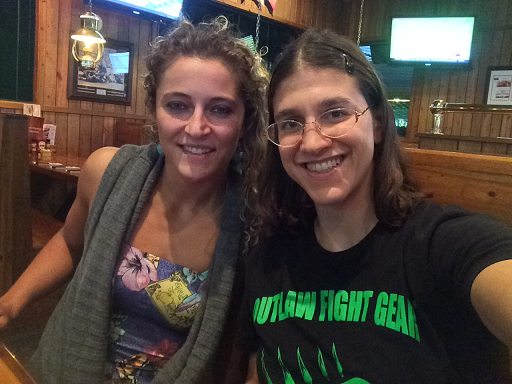 I am really sore and tired from the seminar…we did take-down stuff which is really bad for my back. u_U But hopefully I’ll make it through today! I love Mondays!…