On the way to the theater, I bought gym shoes (mens’, cheap on clearance price and low quality, just for being indoor shoes to lift in), Calcium pills, and Tupperware. Then I saw the 12 o’clock showing of Berserk. It was such beautiful quality, obviously, compared to the TV series. I hadn’t realized that they changed voice actors from the series, because I hadn’t watched the series in forever. I SWEAR that I heard “One Piece’s” Franky’s voice in there, but I checked online and I couldn’t find his voice actor’s name. Also, Grifith sounded like Sasuke’s voice actor sometimes, but the websites said not. < I SWEAR they were in there! Hmmm weird. And the show was SO violent and SO gruesome. ;_; It was rated 15+ but I made a point to NOT look around the theater, because if I saw someone had brought their kids, I probably would have made a big scene. -_-; I don’t wanna know. Limbs were chopped off and eaten, heads were flying, blood was spurting, women got raped, etc. uggg Usually people get desensitized to violence, but I’m the opposite. I’m sensitized. I used to watch the series in high school, but I have a low tolerance to graphic violence nowadays. I closed my eyes a lot during the show. ^^; I'm often glad that I have bad vision, because I can watch without my glasses and then know when the scene is over. 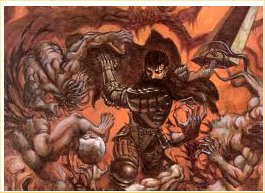 Came home, and read a lot of A Memory of Light. So exciting! Dude, I keep forgetting who the characters are. I forget which of the Chosen did what. Their names are becoming a blur. and people keep getting reincarnated and getting new names. ~_~; So whenever the author embeds some hint about their past actions, I’m so grateful. lol…