On Saturday I woke up and didn’t go to training. I was pretty sore and tired. Goto-san had suggested we train, but suggested taking a bus like 20 minutes to some city sports center. Um, no. I hate Japanese busses and I was exhausted.

I met Goto-san and his wife met at the clock tower in Kawasaki station and went for Soba! It’s been ages since I’ve eaten it. It was so nice to hang out with both him and Sachiko. So after soba, we and I went to Kawasaki Daishi. I took a periscope. I also made a wish, got souvenirs, and talked to my favorite people at the sembei shop and bought sembei! 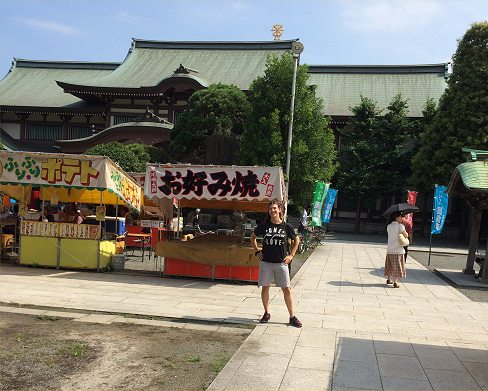 I met Kunioku-san in Yokohama for yaki niku dinner! 😀 It was so nice hanging out again. It felt just like old times when we used to meet for training.

Sunday morning I woke up, ate breakfast, and went to morning intermediate MMA class, taught by Kimura-san at 9 AM. 😀 Wow, 9 AM Sunday morning. I didn’t even know that class existed. They swore it’s been going on for a few years, but I was in Japan last year looking to train and scrutinizing the schedule, I definitely would have noticed. Anyway, a good group of people showed up! Including one guy who was a fan of mine who saw me on TUF. I’m so excited about that because I know TUF 18 didn’t get a wide viewership in Japan on account of having to watch it online on Fightpass, and Kimura-san said that the guy came all the way from some southern county because Kimura tweeted that I was coming. XD 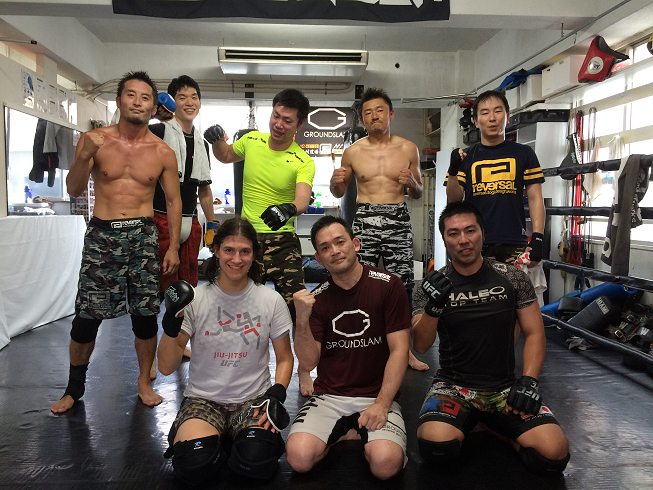 Kimura asked me to teach the switch step kick and then shuffle hook. I did, and everyone learned it well, I think. Something else to practice and add to their arsenal. I made sure to boast about Syndicate and John. That was fun.

I was conveniently in Yokohama and met Lauren and Ryuji at the Sogo building, and we went to eat okonomiyaki! 😀 It was so nice to see them again! 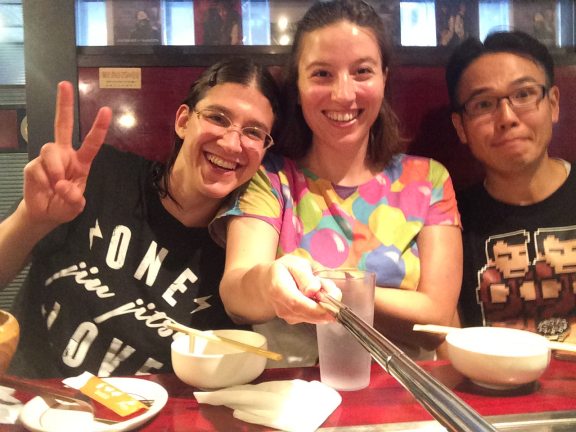 We met online, actually! We caught up and ate great food and periscoped. 😀 😀 Yaaaaaay

Then I went to Oshiage and met my friend Mami (former student in Machida) and we went up to Skytree together! 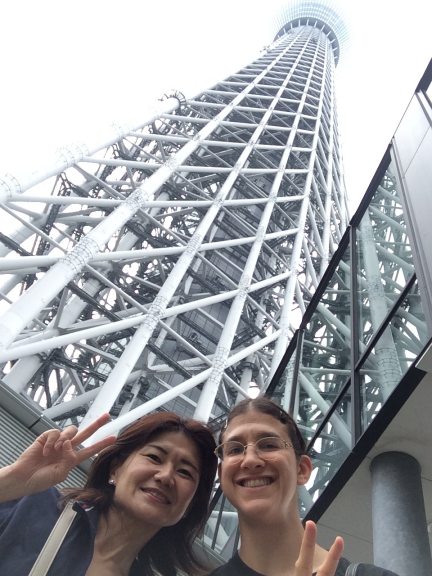 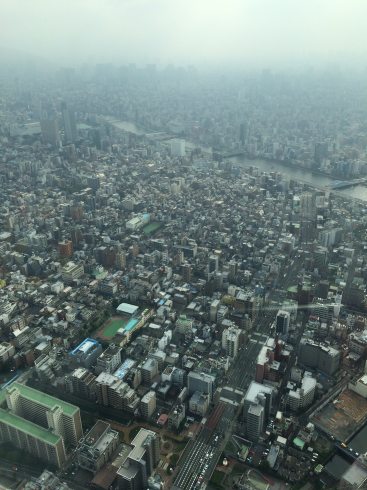 I have been there before but it’s always cool to go again, and fun to spend time with her in an environment other than just sitting and eating dinner at a restaurant. I forced her to speak English a lot. ^_~
After we came down from SkyTree, Mami told me about this tiny hole-in-the-wall cafe that serves the Sky Tree Ice cream parfait. oh yeah, baby. We totally ate that. 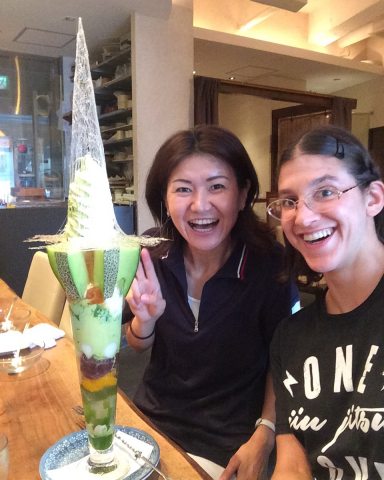 I went home that evening, exhausted.…