This morning, I went to Ground Slam for the first time in two weeks since I hurt myself. It felt good to spar again. I did one round less than I usually do, but it was fine. My back didn’t hurt! 😀 I could have gone to K-taro Dojo tonight, but I kind of have a headache and I’m sore, so I decided to just stay home.

I planned to watch the last Harry Potter movie, but I started and realized that I totally forgot the first one, so I’ll have to rewatch that first. x_x but I don’t feel like it…I have a headache. I got another negative query-letter reply….I’ll send more out later. Watching Gargoyles now.

I got another new business shirt! Whoohoo!

In the afternoon, I met Grace, my friend and former co-worker, and we went shopping together in COSTCO. 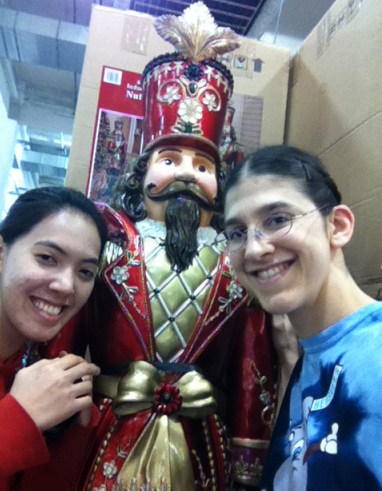 This is us and the king. (nutcracker)

And this is just “The King and I.”
XD 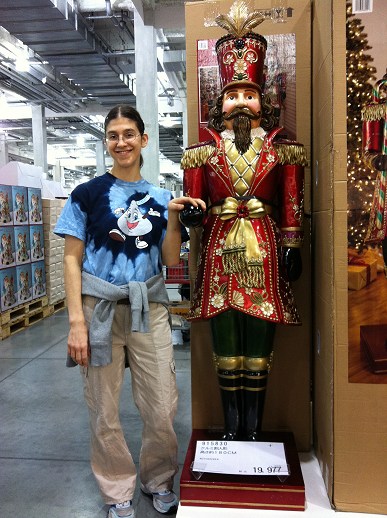 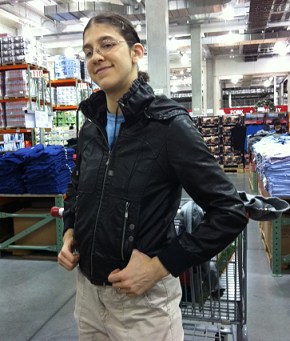 Oh, the other day, I played that table-slamming game again, and this time, chose some woman at a hostess club? I didn’t really get it, but she was sitting behind a table with a bunch of glasses piled up, and these guys were trying to hit on her/me and do stupid dances. Every time I hit the talbe, some glasses fell, and the men were like, “What’s wrong, baby?” so finally with one second left, I lifted the table and the glasses went everywhere! Mwahaha I took a pic with my phone. 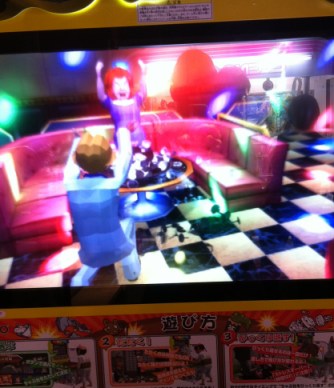