Friday I took the day off from doing anything, except I helped teach the kid’s class in the afternoon. That was fun. 😀 Glad I got to move around a little, but my body was hurting. I felt fresher on Saturday, and I did the BJJ class. Casey had us do this choke, and then we rolled. I loved being in a gi again! 😀 Then I did kickboxing sparring.

I wanted to start at 12 on the dot, but lately we’ve been starting a little late. I got warmed up, and another member who had come to spar said, “Roxanne, you are the ranking belt. You start class!” But only Chaz or John start class. So I called out in my best, deep, manly voice, “Okay, 12 o’clock sparring, guys! Let’s get warmed up!”

After all, who wants to listen to some girl? Apparently, my manly voice must have been manly enough to summon people, and before long, we had a group shadow-boxing to warm up. 😀 😀

It was great. XD And in the evening, I watched Bellator. I had REALLY wanted to see it! It was exciting! Chandler vs Brooks was awesome! Man, those guys have stamina. It was cool to see Tito and Rampage fight, since many of the the guys I used to watch when I was first starting out have retired by now…. I honestly didn’t care who won. I just wanted to see them fight. Except I know King Mo personally, so kinda was pulling for him. and Michael Page was freaking amazing. XD

Sunday was nice. I did Yoga x_x in the morning, and took Serena to Circus Circus’s Adventuredome around noon. It was a last minute thing. I wanted to sit home and wallow after Yoga, but I had tantalized her with talking about it last week, so it would have been cruel and unusual not to show her. And I had fun. Next time, let’s get a group and go adventuring longer. 😀 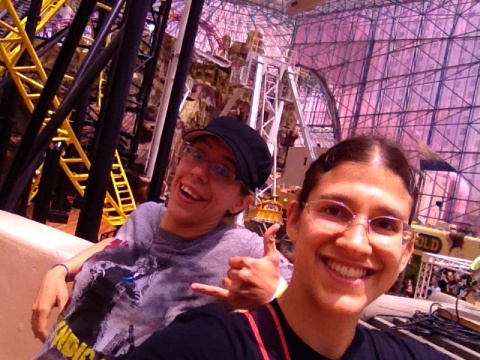 We then joined Jamie and her BF and saw Godzilla! 😀 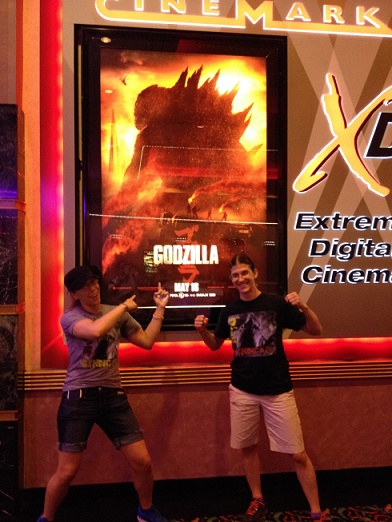 We are wearing our Syndicate Godzilla shirts! 😀 On the back it says “Steppin on Fools.” I LOVE IT SO MUCH OMFG. (syndicate is not just a gym name, it’s a clothing brand) They’re on sale here: http://www.syndicateworldwide.com/product/steppin-black 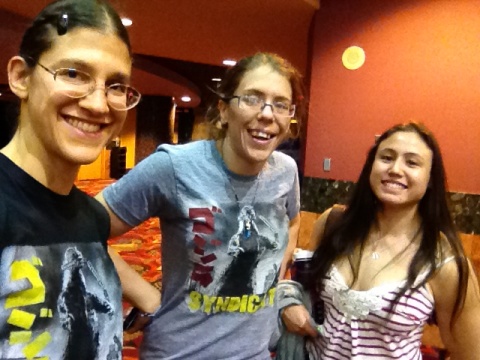 Godzilla was good! I really enjoyed it. Except for the beginning when the power plant starts melting down? I freaking cried like an angry baby all over Serena, remembering Fukushima. 🙁 I was in Japan at the time, right? The movie producers did that on purpose. Also the tsunami, and tell me that plane crashing into the building later on didn’t remind you of 911? But Godzilla kicked @$$ and the movie was riveting.

The other day, I got an anonymous gift box! 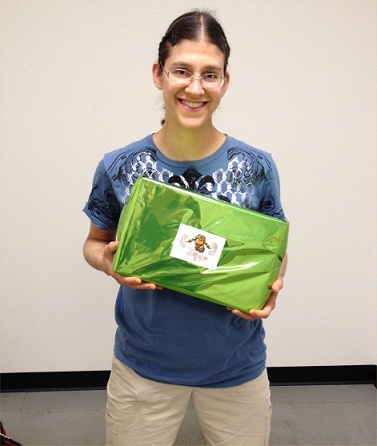 And as for what’s inside…watch this video!

Today’s training was awesome. Great mitts and other stuff. Great wall-take down stuff and drilling and going live and ground and pound and and and…stuff. …