starving to death to fight

So earlier this month, I posted about how my friend sakura fought in Pancrase. Unfortunately, she couldn’t make the weight, and lost the fight, and I wrote about how upset I was that she took the fight at such a low weight.

Well, over the course of the month, I’ve been reading various little tweets until one point I saw a Twitpic of her with an IV sticking out of her arm!! So I called her and called her but no reply! I talked to her, and I’m writing about this because she wrote about it on her public blog, so I’m guessing it’s public knowledge.

In an attempt to lose the weight necessary to fight, she starved herself, and didn’t take in the appropriate nutrients by at least drinking protein. Therefore, her body thought it was dying (WELL, IT WAS) and refused to let go of any more mass. That’s why she stopped losing weight. So after the fight, she not only couldn’t stomach meals, but she swelled up +24 lbs of water, like kids in Ethiopia who have extreme malnutrition. She had to be hospitalized with an IV, and injected with the appropriate nutrients to allow her body to function again.

For all that is sacred in this world, I wish she had some kind of guidance which could could have prevented her from going through that. She always tells me things after she accepts the fight. I didn’t know what she was going through. I knew that she had a lot to lose, and she never listens to my advice about how to lose it. Heck, I don’t know everything about weight cuts. I hate this system of no management, and the fact that we don’t train together regularly.

For either of us! Damn Japan’s stone-age ideas about weight!! She she’s still a rookie when it comes to certain things. I am, too. I’m certainly not Ms. Knowledgeable myself- I haven’t won once in my new weight-class. I wish again and again she wouldn’t have fought at that weight. I wish I hadn’t cut so much weight that it weakened me- this weight-cutting thing is so unnatural and the most horrible part of MMA besides injuries.

For those of you who are like, “Oh let’s just make the Strikeforce women’s division one big division,” think about my friend who almost fcking starved to death, put her LIFE on the line for this. Then think again.

I wonder how Zoila felt when she fought Megumi Fujii in Belator a few years ago. Remember she talked about the torture of losing that weight? How could she have felt to see her body disappearing little by little? And thinking, it’s not fast enough? I have to get into a cage with the #1 female fighter in the world and try to knock her head off, but first I have to make my body disappear. CAN YOU GUYS IMAGINE? Try to imagine.

I’m glad to say that she’s back to normal now, and said she’ll resume training soon. I love her to pieces and I hope she has a come-back soon. 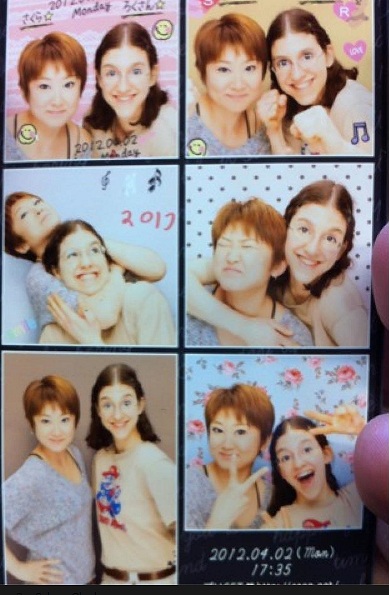