My week was pretty awesome. I’m really happy with my training. Every session I achieve something. 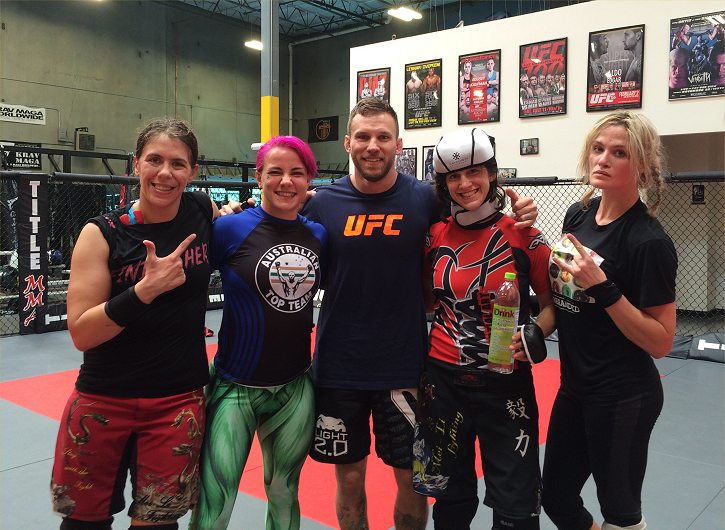 Honestly, it’s almost been too good. I keep telling myself things over and over again to keep from being overconfident. I’m not “cocky” but I don’t want to feel like I’m gonna cream her and it’ll be easy. Jennifer Maia is really tough, really skilled, she’s gonna hit me hard, I have to keep pushing, I’m not perfect, I’m sure lots of my moves won’t land, I might get tired, my cardio isn’t endless.

I feel really good when I start thinking about how excited I am to be able to face off against the number 1 ranked fighter. I can’t wait to try all my new stuff! The only way I’ll feel pressure is when I start thinking about the significance of everything, like how this fight effects my life. If I just keep it simple, such as “I want to try my Roxycopter on her” everything else melts away.

My kids classes have been a bit small, probably due to back to school stuff, but my students are doing awesome! We’ve been working on arm-bars lately and a few kids have been making others tap.

Last weekend, the fightergirls of Syndicate had a BBQ at Jessica’s apartment complex! Hannah left before we could take the picture and Jamie couldn’t make it. But we had a lot of fun! I’m glad we could welcome Jessy Jess to the team. 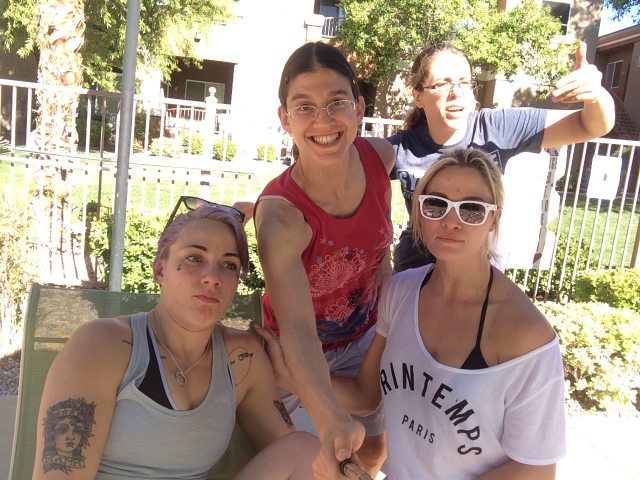 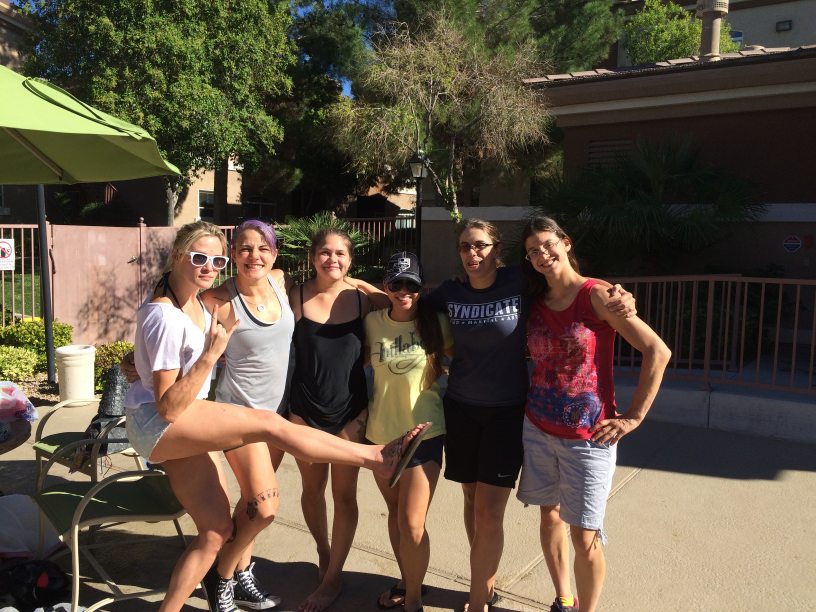 Kalecia got a Darth Vader pinata, and we let the kids playing in the pool, plus Jessica’s kids whack at it. Actually, I was a little disappointed because I’ve never actually gotten to hit a pinata in my life. I thought that day might be the day but I was wrong. My disappointment was erased when we shooed the kids away and Serena decapitated it with a roundhouse kick. XD LOL 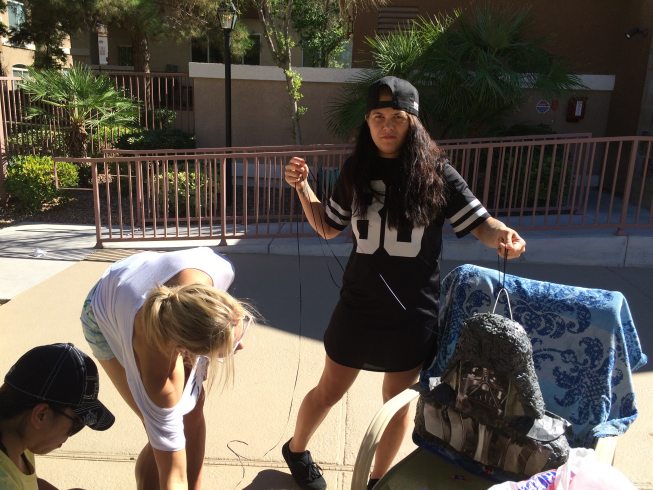 Today is September 11th. In 2001, I was a freshman in college and had just returned to my dorm room which I shared with two other girls. They were both watching TV and said, “Hey, an airplane just crashed into the World Trade Center!” I was like, “What?” How is that even possible? It was almost like watching a movie….impossible stuff like that don’t just HAPPEN to places I knew and loved!

Killing other people is sad. I wish people would stop. The end. It’s simple. Usually the most difficult, complicated-seeming things are actually the most simple.

SO yesterday I watched the UFC and watched CM Punk fight Mickey Gall. I’ve been curious and watched some pre-fight interviews of both men. I like them both, actually. Mickey seemed pretty down-to-earth and cool. I’ve actually met CM Punk before! It was at an Invicta show, and Shayna Baszler knew him from Pro wrestling.

So my feelings on this matter are…. “Pride never die!” Pride is the name of a Japanese MMA organization that always had “freak shows,” or big mismatches because they were interesting. They sold a lot of tickets and had a TV deal…until they didn’t, and MMA slowly died in popularity in Japan. But we Pride fans are sad so we say “Pride Never Die!” to continually show our support. Anyway, so the “sport” of Mixed martial arts is a combination of “sports” and “entertainment.” We fighters only get paid of people want to see us fight. People want to see us fight if A) we are skilled B) we have interesting, flashy moves C) look interesting, whether it be beautiful, or have big boobs, or are super ugly, or huge and monstrous, or maybe have an interesting personality (prolly why I got chosen for TUF).

CM Punk got his chance in the UFC because of his popularity in his pro wrestling career. A pro baseball player got to fight against an actual fighter in Pride. This is not like a president giving a cushy, well-paying desk job to his son or daughter where they do nothing and collect money. These guys who are not prepared will get beaten down. I have no sympathy if they go in there unprepared. They, or their coaches, should know this and if they they still want to try and show their skills, good luck to them. They trained hard and I can respect that. Losing a fight is traumatizing as hell!

Another thing is, I’ve always found it weird when people talk about a fighters “performance.” When I came back to America after living in Japan for years, it struck me as odd to hear that word, but I figured I was just getting used to English again. lol I’m not really “performing.” I’m fighting. I don’t care what other people think of the beauty of my punches and kicks. I’m going out there to win a fight which could result in broken bones or concussions. I’d rather say “Oh you fought well” rather than “You had a good performance.” Performance my butt! I’m not an actor. The weigh-ins are my performance.

Oh, check out my new sponsor “Cryohelmet.” It cools the head after sparring, and is good to make headaches and migraines go away. If you use the code “ROXYCRYO” at purchase, you get 25% off! http://www.cryohelmet.com/