I’m not sure why my shoulders and neck hurt so much. Delayed soreness from Saturday? 🙁 My lower weight?

Anyway, I woke up and decided not to go to morning Ground Slam sparring. I suddenly decided that I’d go to Kawasaki Daishi temple! It’s the largest Buddhist temple in the area. The other day, I saw a poster in the station for some event being held there. Ironically, on my way to my weekly outservice, I took a local train line I usually don’t take, and went past the stop called “Kawasaki Daishi mae” which means “Station In Front Of Daishi Temple.” LOL So now I know how to get there. 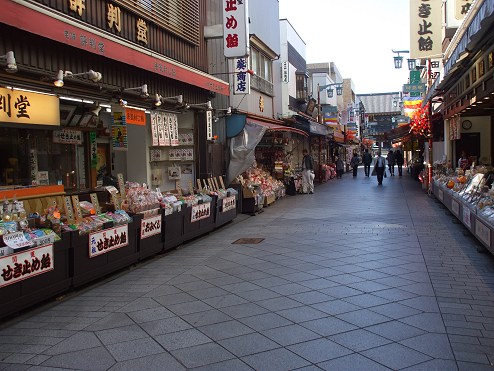 They had a cool Nakamise! That means “Middle Street” literally, but is what people call the street lined with souvenir shops leading up to the main temple. Souvenier shop filled with DARUMA. 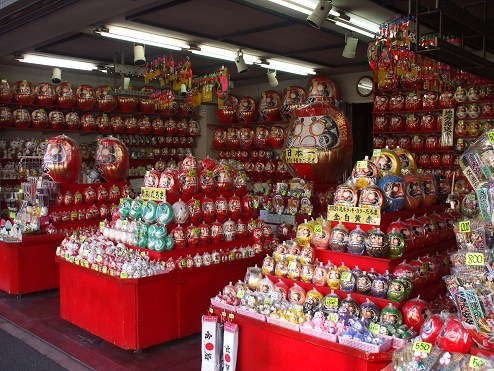 I’ve never seen such large collection of Daruma in the same place in my life! I guess Daishi is famous for it, for some reason? (A Daruma doll, usually red, is a round toy representing Bodhidharma, the founder of the Zen sect of Buddhism. He supposedly sat cross-legged in one place for nine years meditating that his legs fell off, this the round doll. o.o;) 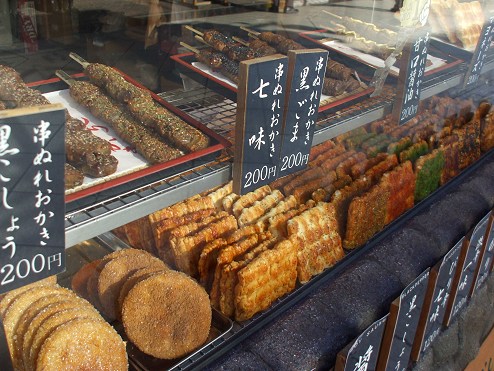 They also had SO many kinds of rice crackers. I tried a lot of food. ^^ I’d never seen nuresembei (soft rice crackers) on a stick before!! It looked like shish-ka-bob. There were many unusual flavors! 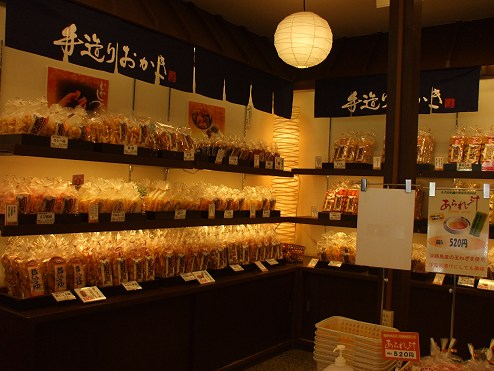 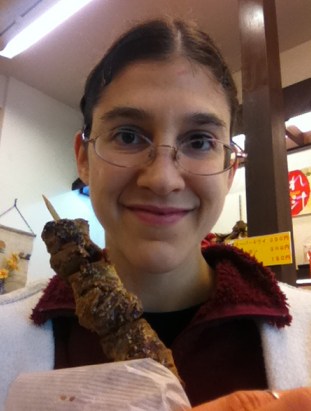 I had such a good time.
Here’s a cool picture I took of the pagoda off to the side. You can see a statue of a …..I’m not sure. Boddhistava? raising its arms, kind of outlined by the light. 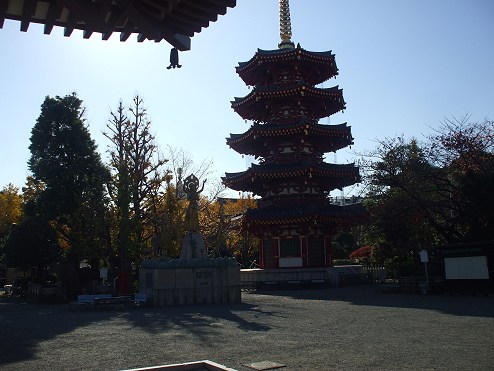 Here’s the temple itself. But you’ve seen one temple, you’ve seen them all. I’m always particularly fascinated with the surrounding little statues and scenery, because they tend to be unusual. (i.e. the above picture) 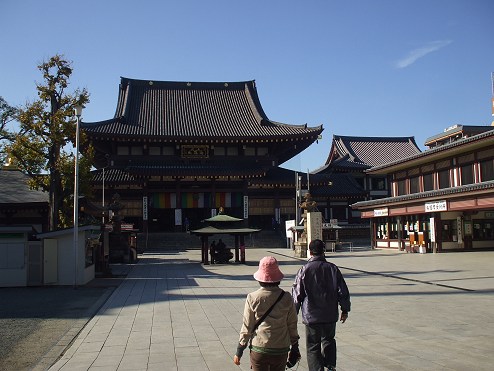 I have more pictures, but I’ve posted a lot already, so I’ll save them. This is some damn good photography if I do say so myself. XD

Then I went back home, had the vegetable-meat part of my lunch, and thought, “Damn, I should have gone to the Kudo Chiropractor guy in the morning, cuz he’s only there in the morning, and then the temple in the afternoon.” *sigh* My neck hurts so much. u_U And I felt royally crappy, so when my office called asking me to cover for a sick co-worker from 7:45 to 9:15, I accepted.

I LOVED THAT GROUP I ended up teaching. omg I’m glad I covered.…