dieting and swordfish and imps

Today was a hard day because I couldn’t exercise because of work and stuff, so I had to just not eat a lot.

I taught my Friday class and they were little imps. ^^;; I wish they would stop sliding the flash cards across the table…I wish the girl would stop doing the opposite of what I said.  Well, I gotta cut them some slack.  They are 6 years old.  And cute.  And there’s a boy who always forgets his activity book and pencils, so today I spotted him in the lobby with his mom.  I asked him if he had his stuff, and made him open his bag, and of course, he didn’t.  The mother scolded him, but I didn’t mean for HIM to get in trouble…I meant for HER to realize that SHE needs to help him pack his stuff.

I received home-made Valentine’s Day treats from my teenage students!!!! 😀 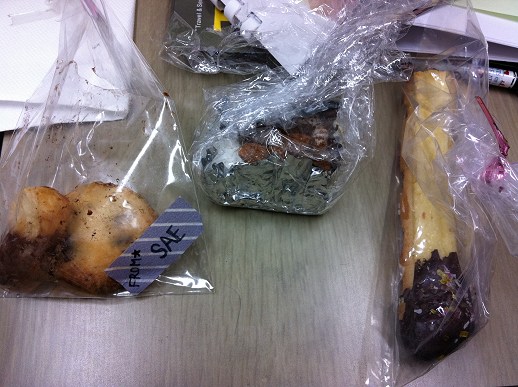 I was so tired all day…probably from reducing my calories and carbs.  I did have a rice ball and piece of bread and chicken and stuff, just not in large quantities.  That’s gotta be why I’m so tired even though I haven’t trained….

At 9 AM I fell asleep while watching Naruto and had a nightmare about Deidara and those creepy as hell mouths on his hands and chest….

I did treat myself to swordfish, though.   I LOVE sword fish, called “Mekajiki” in Japanese.  They sell it in Ito Yokado freshly grilled and seasoned with sweet soy sauce. omg heaven.  Kind of expensive, though…six bucks for two small pieces. 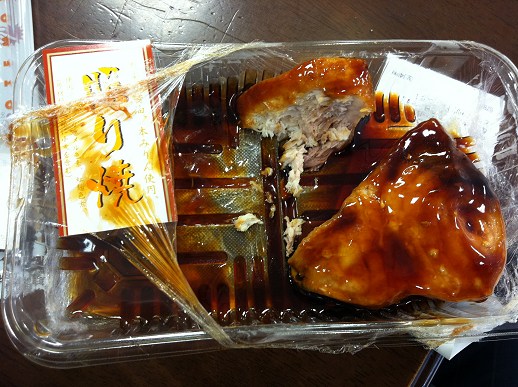