I translated for Amanda at DEEP

This afternoon, I went to the DEEP dojo and translated the press conference and open work-out for Amanda Lucas. She’s fighting this Saturday. It went pretty well. The Japanese have a tendency to NOT finish their sentences. There happens to be a verb at the end of the sentence, and question marker, so when they trail off, I don’t know if they’re asking something or telling something. Usually I can read their minds.

Apparently, some guy who dresses up as Darth Vader for some commercial had previously asked if he could come and be filmed with her, like walk out or something? And she of course declined. The reporters asked her about that, and she said that she didn’t want that kind of distraction. She’s here to fight and focus on her fight. I translated that, and the reporter said, “Darth Vader isn’t a very liked character, is he?”

What am I supposed to say? DUH he’s the bad guy. So I said to Amanda, “So nobody likes Darth Vader, right?” and she said, “I’m fine to sign Star Wars stuff afterwards, but as long as he doesn’t get in the way.” I translated that and I everybody burst into laughter. Maybe it was my choice of words “Ja ma” which is a strong word literally means “get in somebody’s way and interfere.”

I feel accomplished, and Amanda did well. I wish her luck with her weigh-in tomorrow. I’ll be there, too, and then I have to run to work. Unfortunately, I can’t make DEEP. 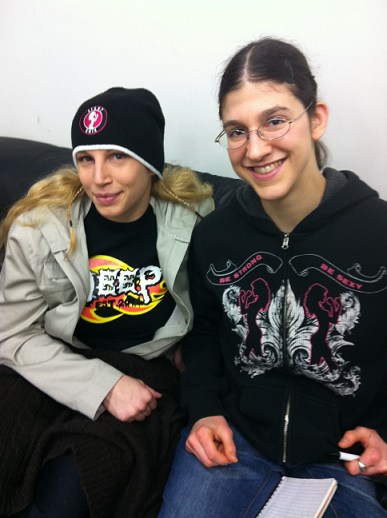