I often go on and on about how upset I am at the illogical way Japanese go about “Setsuden,” “energy conservation.” I just found out that they use a lot of LED lights outside, so when I see train platform lights on during the day, they’re actually barely using electricity. But they’re still useless during the day and still using SOME electricity. Turn them off. Also, heated toilet seats? Come on. Useless. Especially in the summer?

So here are two examples. Fridges in grocery/convenience stores. 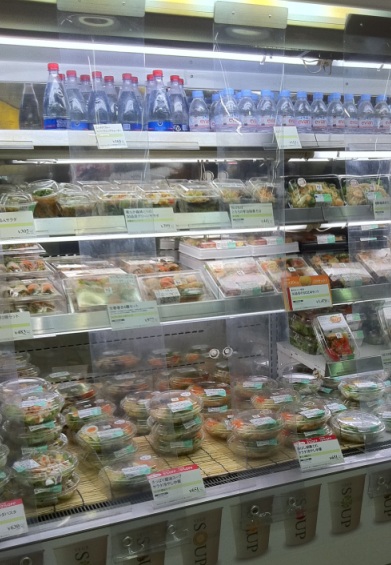 There are plastic curtains helping keep in the coolness. I approve.

There are no curtains or doors on the fridges or freezers. 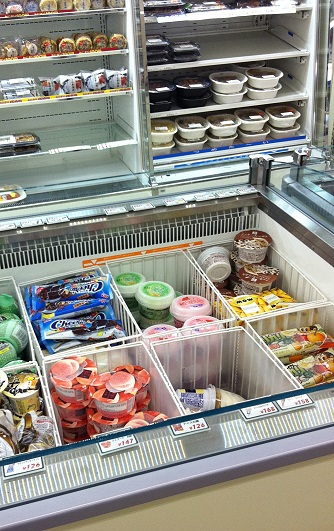 I FINALLY talked to the girls at the “Information Booth” about who owned the building that BLASTED air conditioning out the door in the Yokohama Station building. I said, “I’d like to know who owns the building, so if I have a complaint, I know who to make it to.”

(because I know she has no power to do anything, so I might as well not even talk to her) She replied that it was the Sotetsu Company’s building. I said okay and was about to leave, but she said, “Oh, please tell me the complaint.” I told her about the strong air conditioning and how it was such a waste and bothered me. She said, “Oh, that’s the ‘air curtain’ and the current flow keeps the cold air from going outside.”

Sure it does. Expressed doubt. She said, “I’ll make sure I’ll tell my supervisor!”