workn’ for a living, advice, Tiki

So I was gonna skip training this morning, but I feel  better so maybe I’ll do the morning class afterall.

Kids aren’t good at making fast choices, so I wouldn’t let them chose the question because it would take too long.  That turned out to be best, because when the asker saw which card was next, he or she exclaimed (in Japanese) “OHHH you definately will like this!” or “OH you won’t want this!”

They were.  They thought it was another “I like” activity.  @_@;; THen finally T-kun said in Japanese “Ah, hoshi to iu koto desu ka?” which means “Oh you mean it’s what we “want?” and I said, “YES YES” and pointed at him.  The whole class made a collective, “Ahhh!”

So T-chan got money, T-kun got a watch, S-chan liked the pajamas and everyone was like “EH!?” and she said in Japanese, “But it’s a necessary thing to have warm pajamas, right?”  D-kun kept refusing everything and finally got a recorder, and Y-chan got a DVD player. LOL  I had to say ‘no’ to the red dress like 3 times, wtf.  I definately don’t want to wear the red dress if I don’t have to.  (drum roll)   Half-way through, once I was sure they memorized the line, I had them change to “Yes, please” and “No, thank you.”

One of my friends asked me for guy advice.  ME?  Oh the irony.  Me, who is married to my sport and my job, who has given up on men, am the LAST person to be giving advice. ^^;;  But I’ve learned a lot vicariously through other people and I’ve read a lot and offered what I hoped was some good advice from my own limited experience…. Anyway, power to you!

Abe-san is not going to be at morning training….so now I can go at my own pace and take care of my cold, and not feel like a complete wuss.   @_@;;;

I’ve been really enjoying reading “Clan of the Cave Bears” but people keep telling me there’s a rape scene, and that bothers me so much that I’ve been reading this book almost feverishly because I’m afraid of that part, and when it’s going to happen, and I just want to get it over with…it’s effecting my enjoyment of the book. >_< 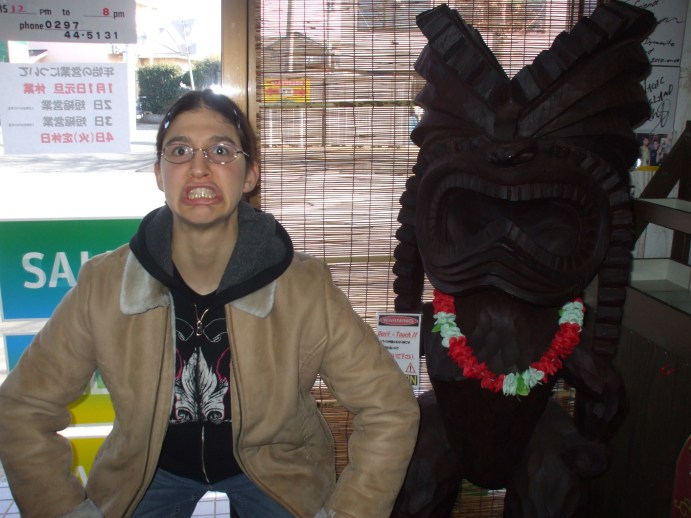